NASA has beamed back a set of spectacular pictures from Mars -- and a first voice message -- likening it to the lunar landmark led by Neil Armstrong, the first man on the moon who died last week.

In the audio message, broadcast from the surface of the Red Planet by the Curiosity Rover, NASA administrator Charles Bolden forecast that a manned mission to Mars could happen "in the not too distant future."

"Another small step has been taken extending the human presence beyond earth," said NASA expert Dave Lavery, echoing Armstrong's famous first words on the Moon in 1969.

Experts at NASA's Jet Propulsion Laboratory (JPL) in Pasadena, California released more pictures taken by the $2.5 billion rover, which landed at Gale Crater on the Red Planet on August 6.

One showed a panorama, in pin-sharp resolution showing individual rocks, of the landscape visible from the rover, including Mount Sharp, the slopes of which Curiosity plans to drive toward in the coming weeks and months.

Mission chief scientist John Grotzinger said the landscape looked like "something that comes out of a John Ford movie," referring to typical backdrop in films by the classic Western director.

And he compared the tire tracks made by Curiosity, visible in some of the photos, to images of the first footprints on the Moon made by Armstrong, whose death at 82 was announced by his family on Saturday.

"What we are seeing here is the results of tracks involving the first motions of the rover. I think instead of a human it's a robot pretty much doing the same thing," said Grotzinger.

In a pre-recorded voice message, uploaded to the rover before being beamed back to Earth, Bolden said he was "speaking to you via the broadcast capabilities of the Curiosity rover which is now on the surface of Mars."

"Since the beginning of time, humankind's curiosity has led us to constantly seek new life new possibilities just beyond the horizon," he said, adding that the rover "prepares the way for a human mission in the not too distant future."

"This is an extraordinary achievement. Landing a rover on Mars is not easy. Others have tried. Only America has fully succeeded," he added. 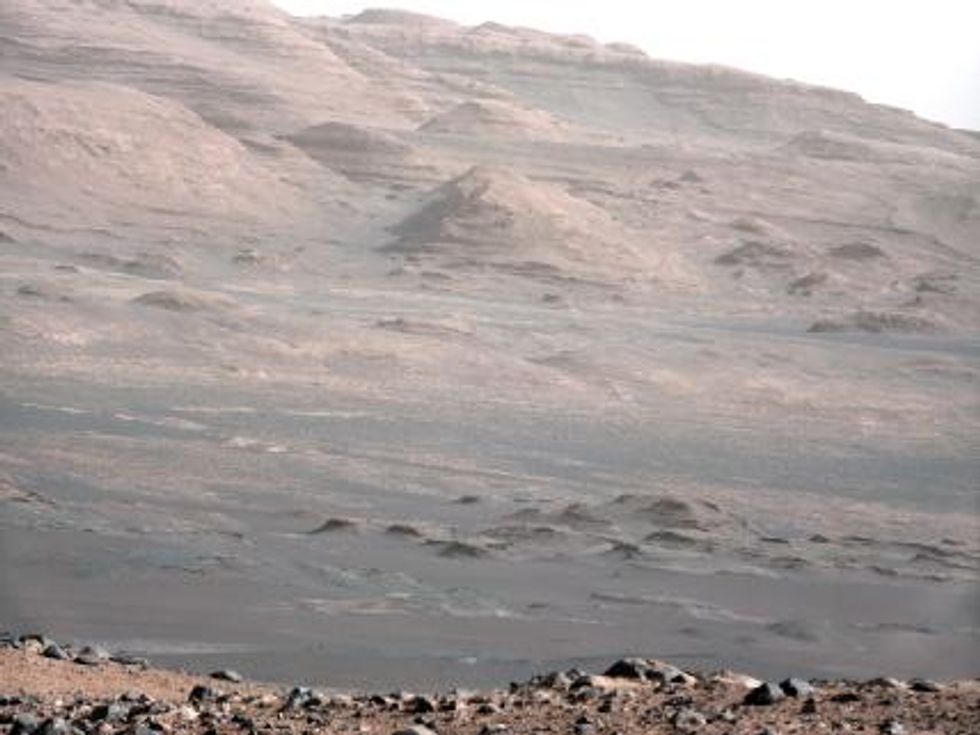 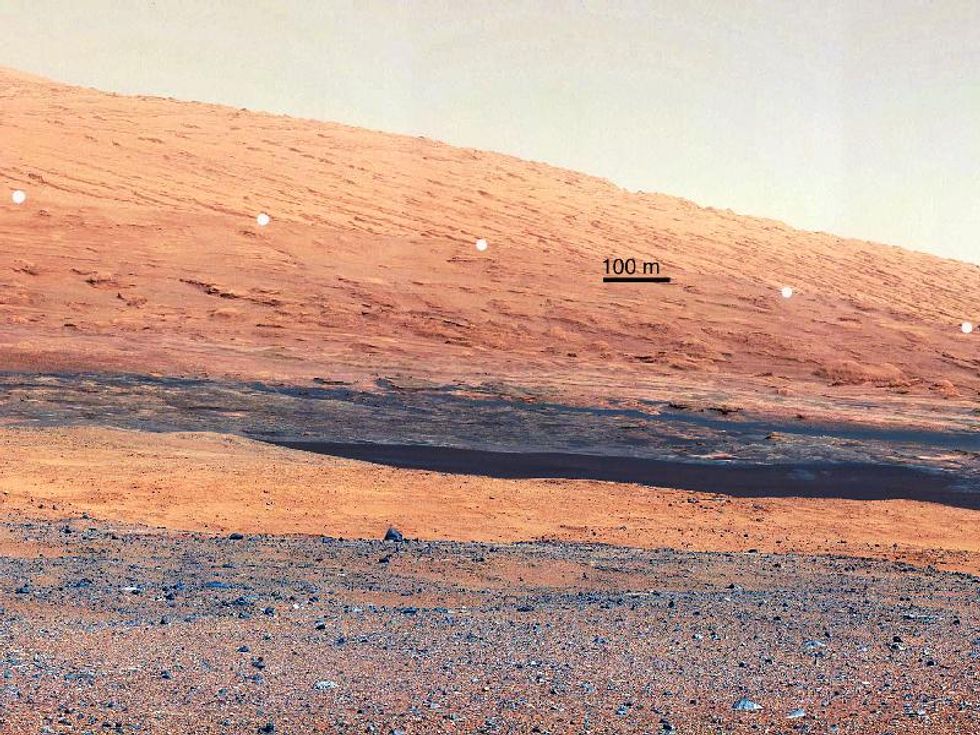