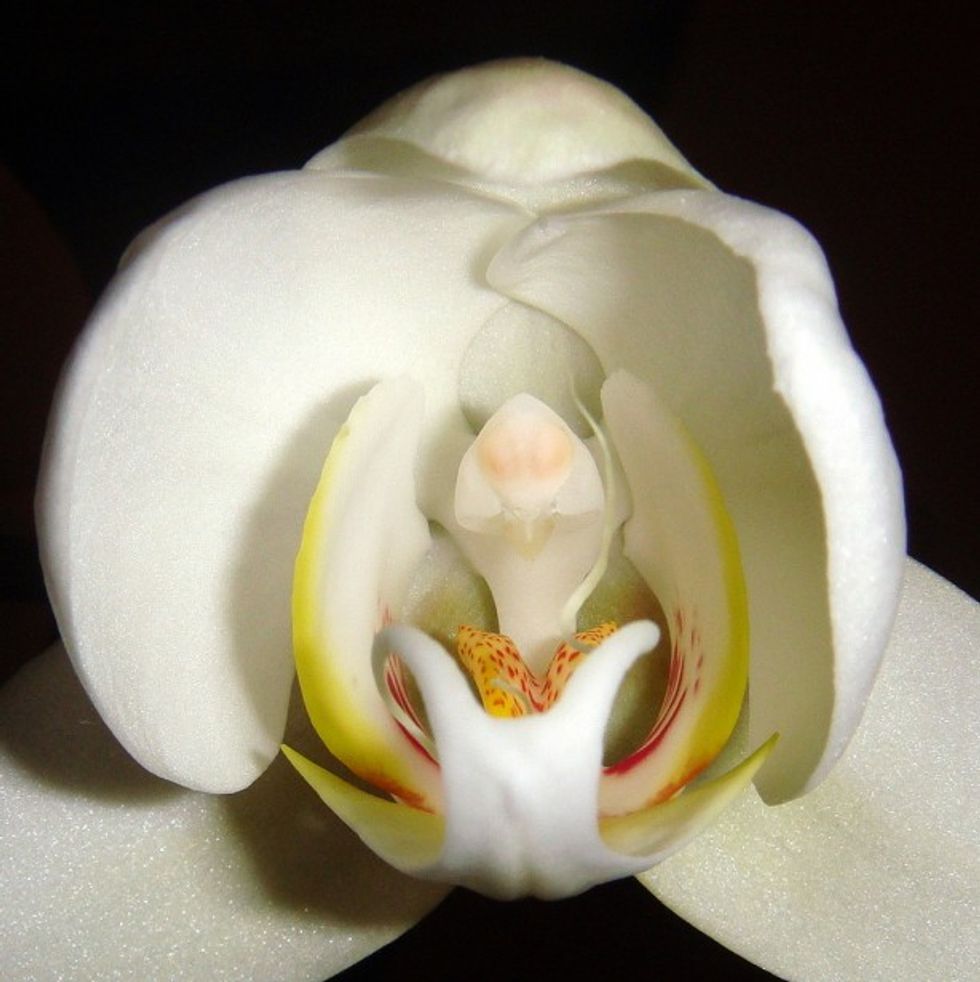 The latest feminist to write an incredibly satisfying pan of Naomi Wolf's new Vagina book is Lindsay Beyerstein, and I have special affection for Lindsay's because she takes a crack at The Beauty Myth, which is a book that I thought I was alone in feeling was kind of hackish and uninspired when I read it way back in college. (Indeed, it turns out that Wolf played loose with the facts then, too, botching a bunch of facts about anorexia.) Lindsay points out that Wolf is basically mining the same ground as the anti-feminist right now, with a mix of religious blather and evo psych-grounded biological determinism. Wolf spends a lot of time piling up fantastical rationalizations for what amounts to a belief that because vaginas fit over penises so very nicely, every woman has a deep, biological, dependent need to have a penis on hand---one that's attached to a man---at all times. She is very contemptuous of vibrators or anything that gets away from her PIV-oriented model of how women should get off, a model that includes candles and being called "Goddess" and roses, some of which are things that would shut down many entirely pro-sex women.

But Wolf basically thinks said women are self-deluded, because Biology Says So. Of course, not actual biology, which tends to be opinion-free on the necessity of roses and candles for female orgasm, but evolutionary psychology, which is such a loose "science" that Wolf herself feels free to count herself amongst its members. As she should, because evolutionary psychology is simply a matter of preferring one human behavior over another, declaring that this is what Nature Intended, making up a just so story about how it evolved, ignoring countervailing evidence or theories, and telling people that because we evolved in a way that you just made up, we are required to act in the way you demand. As you can imagine, proponents of this kind of bullshit often butt up against each other, as is the case with Wolf and evo psych idiots who got into it because they're frustrated Nice Guys®:

She argues that the elusive and unreliable female orgasm is really a screening mechanism to separate attentive mates from jerks. This is in stark contrast with another branch of pop Ev Psych that insists the world is overrun with jerks because women are hardwired to crave their sperm.

Of course, as Hanna Rosin pointed out on the latest Double X podcast, observing a behavior you prefer and declaring that it's the One True Way and that everyone who goes against it is Denying Their Instincts* has become the lingua franca of our time, and that every other book and article of pop social critique engages in the assumption that because some or many people want something, that desire must be genetic in origin.

She's right in this observation, though she seemed untroubled by it, and I find the whole situation infuriating. Casually redefining all sorts of behaviors that are often clearly socially constructed** as genetic in origin is a serious problem, for the reasons Lindsay lays out. More often than not, it's used to bully people who reject the old social hierarchies or refuse to conform to some social expectation, and creates excuses for continuing inequality. A lot of people who perpetuate it clearly have nefarious intentions, whether it's a matter of trying to bully women into lowering their standards for a mate or, in some really ugly cases, making apologies for sexual violence. But this sort of making-shit-up biological determinism has a lot of power generally in our culture, to the point where a lot of people who generally mean well just take for granted that certain things must be genetic in origin, even though it doesn't really make sense.

Like, for instance, the concept of the "biological clock", which is an invention of the late 20th century. I'm surprised how often it seems that people believe that women have some sort of deep need to procreate, a need that is separate and unique from the urge to fuck. If you think about that for even a second, it makes exactly no sense, as reliable contraception has really only been with us for what amounts to a second in evolutionary terms. And yet, if a woman strongly wants children, it's assumed that some hormone is coursing through body and turning on the Baby Desire buttons. Which, in turn, causes people to assume that women who don't want children, like myself, are somehow unnatural or we just haven't had that button pushed yet.

I believe the reason that we've taken to ascribing every urge, from wanting babies to even---and yes, there are evo psych claims about this---wanting to go shopping to some deep biological and genetic need is perversely because of the American cult of rugged individualism. We all like to imagine we're special snowflakes and that our choices and desires are not shaped by social forces. You see this ridiculous belief in everything from libertarianism to "choice feminism", where women throw a fit and say that they freely chose to stay at home/shave their legs/take their husband's name, and feminists who say that these choices were shaped by a patriarchy are meanie bears that don't understand that they came to these socially conforming behaviors through a unique and totally independent thought process that was in no way reflective of larger cultural pressures. For some buttfuck reason, Americans have absorbed (oh irony) this belief that admitting that culture shapes your desires somehow makes you a weak and insipid person.

Because we collectively refuse to admit that culture shapes our desires, therefore, we've (oh irony) settled on biological determinism as a way to explain the desires that are obviously happening. So, in order to preserve our sense of independence from each other, we've decided instead to construct ourselves as enslaved by our biology. Naomi Wolf cannot accept that her love-neediness might be a product of culture, because that would interfere with her image of herself as someone who rises above such concerns. So instead, she declares that women are dependent on men for validation as a product of evolution. Evo psych idiots don't want to admit that their desire to be able to screw around while expecting their female partners to stay faithful is a product of a culture that has instilled male entitlement in them, so instead they blame biology. And so on and so forth.

The good news is I think this cult of rugged individualism is fading away, and younger generations seem to be much more accepting of the possibility that our desires are generally social in origin, and that's okay. In fact, that's a good thing. After all, if society is teaching something that is hurting us, we can get together and start changing our culture so that society teaches something else. It's hard work! We don't shake off culturally ingrained desires as easily as we'd hope. But it is doable. Perhaps that's what scares reactionaries who lean on evo psych most of all.

**Requiring roses and candlelight for orgasm comes to mind.

Liz Cheney, the vice chairwoman of the J6 commitment, knows that powerful eyewitness testimony and damning facts won’t necessarily change the minds of Republican voters who believe in Donald Trump.

That’s why, you may have noticed, she has been subtly but firmly appealing to their sense of honor and loyalty, such as it is, and repeatedly reminding them that the witnesses who have testified against the former president are lifelong conservative Republicans.

Texas residents gathered under a scorching sun Wednesday to mourn the 53 migrants who died this week after they were abandoned in a trailer in soaring temperatures, leaving tokens of flowers, candles and bottles of water.

The mourners, several of whom said they or their loved ones had also migrated to the United States illegally, gathered at the site in San Antonio where the truck was found on Monday to erect large wooden crosses and pay their respects.

Across the Missouri-Illinois border, an abortion sanctuary in US Midwest

Abortion is now banned in Lori Lamprich's home state of Missouri, but that hasn't stopped her taking women to their appointments -- she drives them across the Mississippi River to Illinois, where it remains legal.

"I'm here to fight the power and do what I can and resist these laws that I think are completely inhumane and unfair," the 39-year-old tells AFP at her house in St. Louis, a city of 300,000 people.