Iran insisted on Wednesday that it had obtained images of sensitive areas of Israel from a Hezbollah drone before it was shot down, despite the Jewish state questioning if the aircraft carried a camera.

"The fact that we have obtained the images of many areas that are important for us is the proof that we have conducted a successful mission," Revolutionary Guards' spokesman Brigadier General Ramezan Sharif told the ISNA news agency.

"They (Israelis) must know that we possess the information we need on necessary areas in case a particular situation" arises, Sharif said, indicating that they could be potential targets for Iranian retaliation in the event of an Israeli attack on Tehran's nuclear sites.

An Iranian official had said earlier that Tehran was in possession of pictures taken by the Hezbollah drone, which flew over Israel in early October.

On Monday, a senior officer in Israel's northern command dismissed the Iranian claim.

"I don't think there was a camera," he said, speaking on condition of anonymity, although he admitted the incident was "still being investigated."

On October 6, Israel's air force shot down the unarmed drone over the Negev desert after it entered the country's airspace from the Mediterranean Sea.

At the time, the Israeli military dismissed the idea that the drone could have been launched from Gaza, and said it was examining the possibility it may have been sent by Hezbollah, the Lebanese Shiite movement.

Several days later, Hezbollah leader Hassan Nasrallah said his movement had sent the drone, saying the aircraft was "Iranian-built and assembled in Lebanon."

"It overflew sensitive and important installations for dozens of kilometres until the enemy spotted it near (the nuclear site) Dimona," he said, without identifying the installations.

Israel, believed to be the Middle East's sole, if undeclared, nuclear power, has warned that a nuclear Iran would pose an existential threat to the Jewish state and has repeatedly refused to rule out military action against Tehran.

Iran denies Israeli and Western suspicions that its nuclear programme is a front for a drive for a weapons capability. 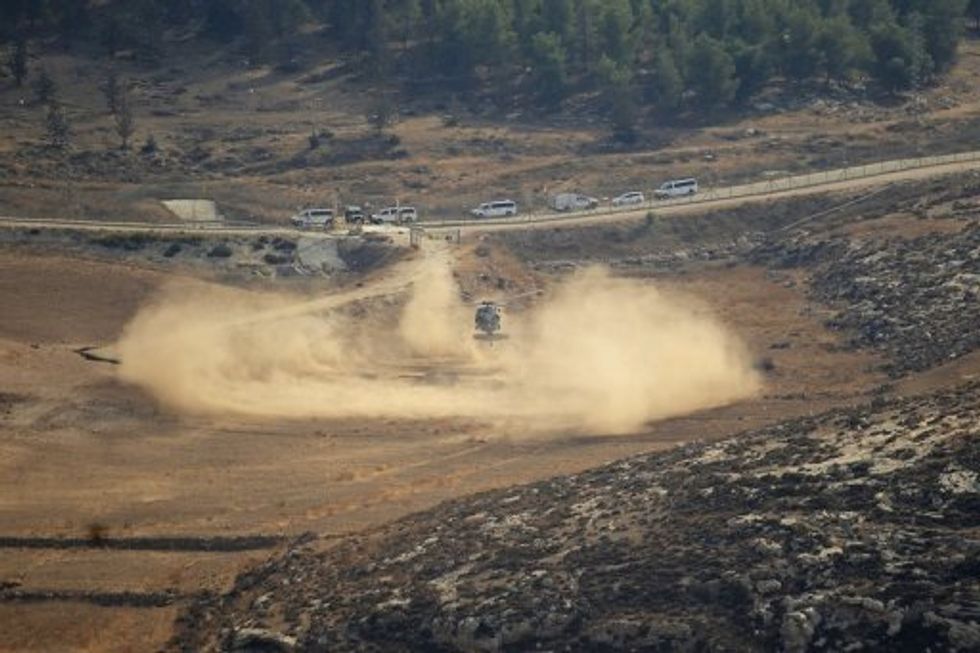