Investigation ordered after Spanish politicians got 'salaries' from private companies

Spanish Prime Minister Mariano Rajoy ordered Monday an internal investigation into the finances of his centre-right Popular Party which was shaken by allegations of under-the-table payments to party officials.

"To dispel any doubts he has ordered a deep and exhaustive internal investigation regarding the party's finances and the way that Popular Party staff are remunerated," party secretary general Maria Dolores de Cospedal told a news conference following a meeting of party officials.

The results of the internal investigation will be submitted to an external audit, she added.

The centre-right newspaper El Mundo reported Friday that senior members of the party, which Rajoy has led since 2004, had received undeclared salaries, mainly from private companies, over a 20-year period.

El Mundo cited party sources saying that Rajoy never received such payments but that he ordered an end to the practice in 2009. That year Barcenas was implicated in another major corruption scandal and resigned as party treasurer.

The allegations prompted angry demonstrations on Friday outside offices of Rajoy's conservative Popular Party and threatened to destabilise him as he grapples with an economic crisis that has left one in four people unemployed.

Rajoy vowed Saturday he would "not flinch" in punishing corruption if any were revealed in his party.

The Popular Party won power from the Socialists in a massive election victory in November 2011 but its popularity has plunged as a result of the tough austerity measures which it has imposed to rein in Spain's deficit.[caption id="attachment_492857" align="alignleft" width="615"] 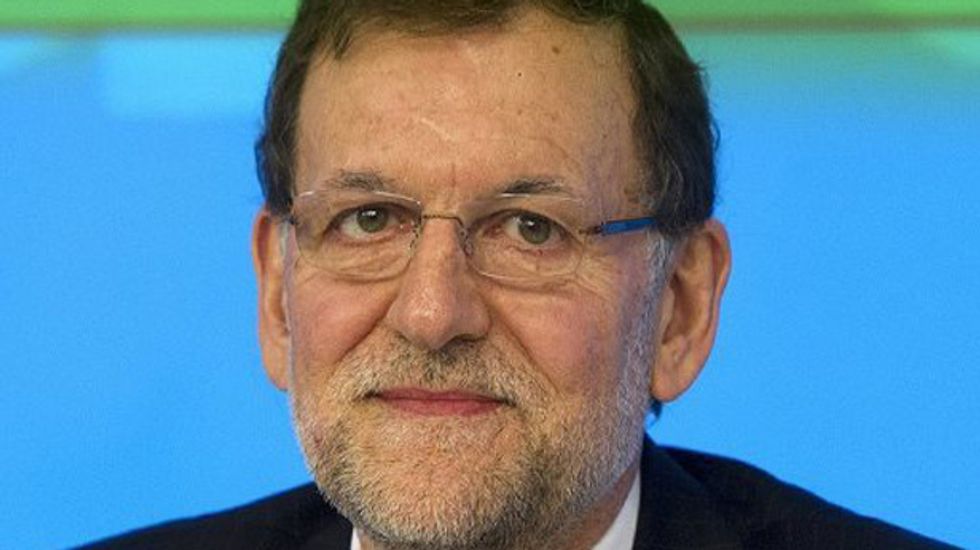