UPDATE (5:35 pm): The Huffington Post reported that the snow penis was demolished just two hours after it posted the original story. "It's just a big pair of balls now," Raylene Worthington, the mother of the 16-year-old responsible for the sculpture, told HuffPo.

The townsfolk in South Kingstown, Rhode Island were none too happy this week to discover that one of their neighbors built a 12-foot tall sculpture of a penis out of snow, in clear view of a neighborhood road.

Police told The Providence Journal that they responded to calls about the phallic creation four different times in two days, but did nothing because it was on private property.

Of course, it didn't have to be 12-feet tall. But when the mother of the teenage boys who built the thing saw how people were reacting, she felt like driving the point home a little.

"They're teenage boys -- there's worse things they could be doing," she told a Huffington Post reporter. "It was innocent. And to be honest, knowing that it pissed people off gave us a little charge. If you have nothing else to do in your day other than complain about a snow penis, we'll make it 12 feet tall."

The Journal did not run a photograph of the sculpture, so its creators decided to give it a Facebook page of its very own shortly before leveling the frozen dong on Friday.

"The sculpture is officially down," a post to the page explained. "Enough excitement for 2 days. What started as an innocent joke was taken out of proportion by people with nothing else to do but complain. Life is short...keep smiling....and have Fun!" 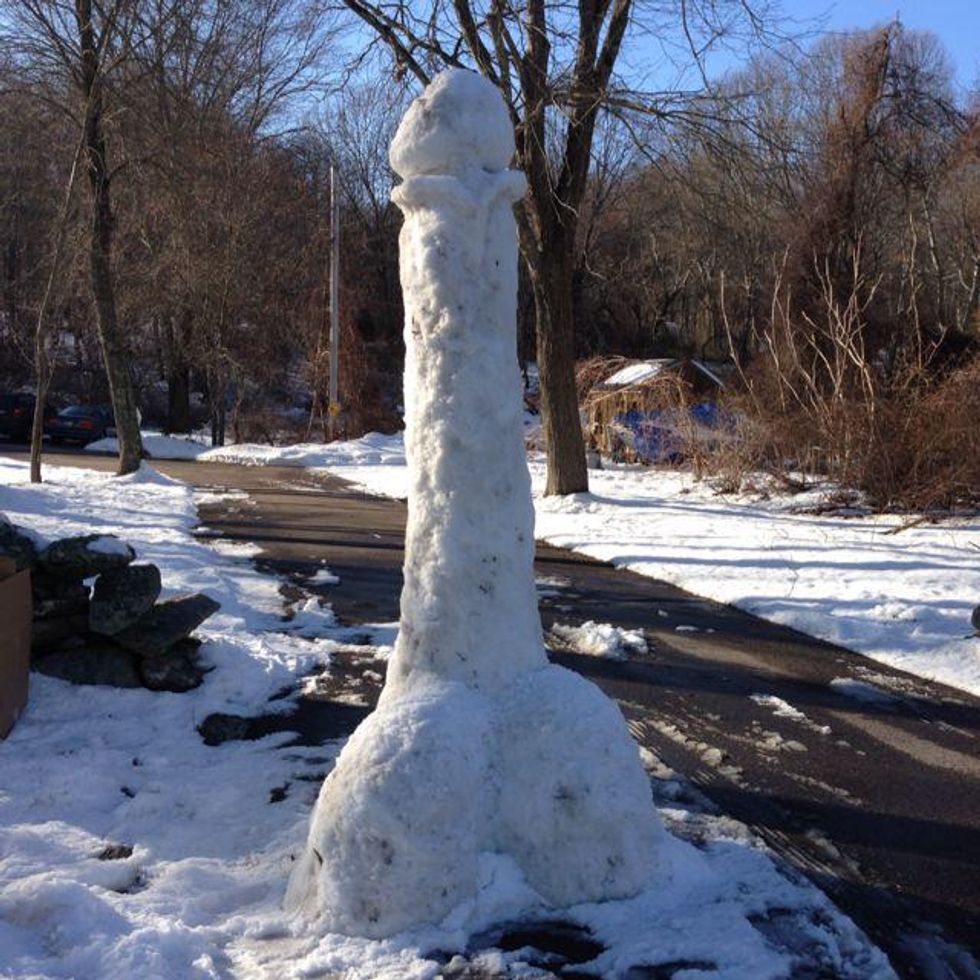