U.S. prosecutors quit and side with cocaine traffickers to fight 'wrong' drug policy

US prosecutors and other senior officials who spearheaded the war against drug cartels have quit their jobs to defend Colombian cocaine traffickers, saying their clients are not bad people and that United States drug policy is wrong.

Senior former assistant US attorneys and Drug Enforcement Administration agents are turning years of experience in investigating, indicting and extraditing narcos to the advantage of the alleged traffickers they now represent.

"I'm not embarrassed about the fact that I changed sides," said Robert Feitel, a Washington-based attorney who used to pursue traffickers and money launderers at the Department of Justice. "And I'm not shy about saying that no one knows better how a prosecutor thinks. That's what people get when they come to me. There are lots of hidden things to know about these cases."

The fence-jumpers include Bonnie Klapper, who was feted for taking down the Norte del Valle cartel, Leo Arreguin, who headed the DEA's office in Bogota, and reportedly former members of the Immigration and Customs Enforcement Agency, Ice. They work in separate legal practices with their own clients, not as a group.

In interviews with the Guardian, Feitel and Klapper spoke of recognising the humanity of their clients and called for alternatives to a four-decade-old "war on drugs" which costs billions of dollars and incarcerates thousands.

Feitel (pictured) called for cocaine and cannabis to be legalised and complained that extradited drug suspects were treated worse than Guantanamo Bay detainees. "I don't think I could ever be a prosecutor again. The human drama that I see on this side is sometimes more than I can bear." 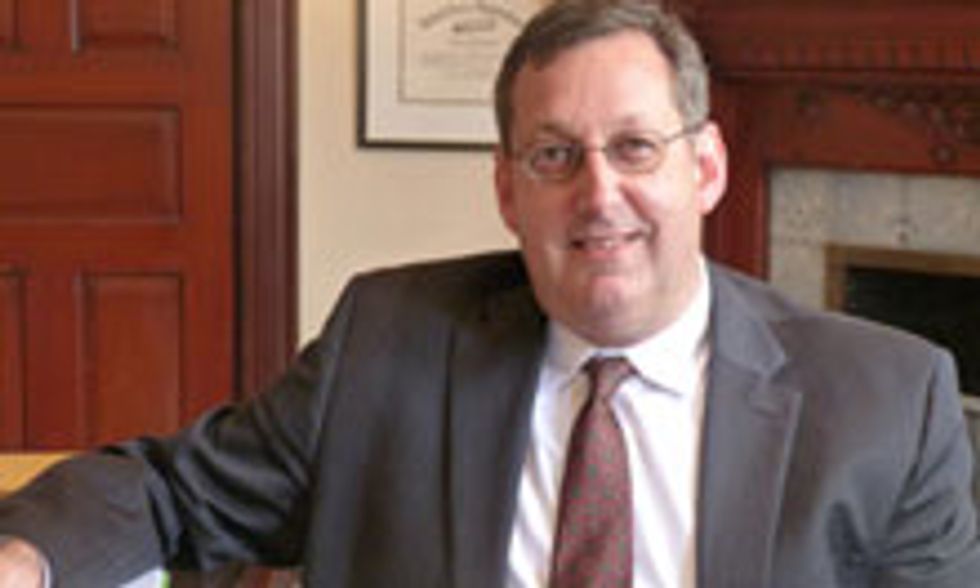 The sight of high-profile former US officials visiting clients in Colombian and US jails has astonished observers in Colombia– which has long followed Washington's lead on drugs – but passed largely unnoticed in the US.

Last December Arreguin, who was director of the DEA in Colombia from 1998 – 2003, tried to visit the alleged drug lord Diego Pérez, alias Diego Rastrojo, at his jail in Giron, Santander, but was turned away because he lacked permission, local media reported. Rastrojo, a former member of the Farc, is accused of commanding 800 hitmen and smuggling tonnes of cocaine. Contacted at his home in Virginia, Arreguin declined to be interviewed: "I have nothing to say."

Feitel, who worked closely with the Department of Justice's Narcotic and Dangerous Drugs Section until retiring from public service in 2009, said he grew frustrated with official bungling in drug-related cases. "I realised I no longer wanted to be part of this process. It was time to go. After 22 years, enough."

He became a defence lawyer, started learning Spanish and uses his expertise to represent around two dozen Colombian clients from a DC-based office. "It's hard to defend a Colombian on drugs trafficking if you don't understand the predicate of how drugs trafficking currently works in Colombia."

With Colombia's justice system geared towards extradition suspects face intense pressure to trade information for a deal with US authorities before fellow arrestees do the same. "You can try to head off your problem by trying to hire a US lawyer and get ahead of the curve so to speak."

Traffickers' lawyers usually trade reduced sentences for information, but Feitel said he liked to fight cases if justified on merit. "Otherwise I'm just like everyone else. But I'm not because I was a prosecutor for so long." He occasionally teams up with his wife, a defence attorney, and another colleague at a different firm. "We are fighters for our clients, we don't just say to the government, OK, you can have it your way. I'm not in it for the theory, I'm in it to win. "

Often government cases, when analysed, proved weak, he said. "My job is to try to maximise the ability of my clients to cooperate, if that's what they want. And if they want to fight, then my job is to fight every single step once they come to the United States."

He fought "tooth and nail" for Ramiro Anturi, a Colombian prosecutor accused of leaking information to traffickers. Anturi received an unexpectedly light sentence – 55 months despite the DEA trumpeting the case as evidence it would "not tolerate any acts that put our agents' lives in jeopardy".

Feitel said he was shaken by the "trauma" of suspects who were extradited to the US speaking no English, with no visits from relatives denied visas. "They have no one to hug them. There is a lot of human anguish that I had not previously seen. I've had clients whose parents have died while they've been in jail. It's a pretty terrible fate to be extradited. While it might be defensible to do it to the leaders I don't think it's defensible to do it to the rank and file traffickers in Colombia. I find it really troubling."

He said the US system punished traffickers not according to their importance but the quantity of drugs, meaning a truck driver nabbed with a big consignment could face a longer stretch than a capo caught with a lesser amount. The practise of squeezing information and sending traffickers back to Colombia after their sentence, Feitel said, left them vulnerable to revenge. "Sooner or later someone is going to get killed and that will deter others from talking."

He said most of his clients had no history of violence but that even those implicated in kidnapping and murder were entitled to a defence. "I don't represent people I don't like. So I like all my clients." The former prosecutor said he had some regrets about his previous career. "I try to grow with what I do. I think I would change certain things that I did."

Former colleagues respected him for his honesty even though now they were on opposite sides, he said. "When we disagree, we do it like professionals. Agents are pretty savvy; they know when there are weaknesses in their case." 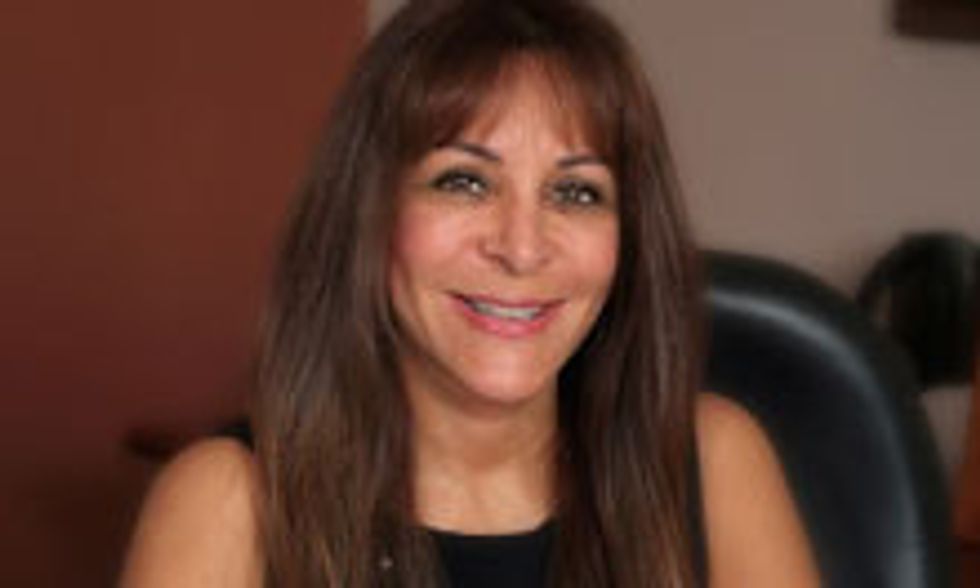 As an assistant US attorney Bonnie Klapper, working from New York, earned a high profile in helping to dismantle the Norte del Valle cartel, a role publicised in the books The Takedown, by Jeffrey Robinson, and El Cartel de los Sapos, by Andres Lopez Lopez, a best-seller in Colombia which was turned into a telenovela and a film.

Klapper (pictured) retired from public service last February after 26 years and went into private practice with offices in New York and Miami. Two months later Colombian media reported her visiting La Picota jail in Bogota to see Andrés Arroyave, alias Máquina, a 25-year-old alleged drug lord accused of killing a lawyer and a DEA informant, among others, in revenge for his father's murder. He has a reported $100m fortune.

In an email interview Kappler said she stopped being an assistant US attorney because of long commutes, threats to her life and meddling supervisors. "I don't see that I have moved from one side of the fence to the other. As an AUSA, I never felt it was my job to obtain the harshest sentence; I always felt that my mission was to see that justice was done. I feel the same about my role now. The system only works when there are hard-working, honest people with integrity on both the government and the defense side."

Former colleagues supported her switch, she said. "In fact, those with whom I worked previously are happy to see me on the other side, as they know they can trust me and I will capably represent my clients. The few negative comments I have heard have been either from agents (not AUSAs) who did not know me before."

Unlike Feitel, Klapper said her new role had not really changed her perspective. "As a prosecutor, while I did prosecute a number of very bad, violent individuals, the vast majority … were good people who made bad choices."

For the people she once pursued, and those she now defended, trafficking was a family business and route out of poverty, she said. "I have always felt that it was unfair of our government to place all of the onus on Colombians or Mexicans or Central Americans when the demand for the drugs comes from our own country."

Klapper called for "more innovative solutions" to replace the drug war's "endless cycle of arrests, prosecutions and convictions, where there is always someone waiting in the wings to take the place of the last individual convicted".

Feitel was more emphatic in calling the drug war a failure, saying decades of effort, billions of dollars and countless lives had made no appreciable difference to the quantity of drugs on American streets. He urged federal authorities to legalise and regulate cannabis and cocaine. "And I say that even though it would be bad for my business."