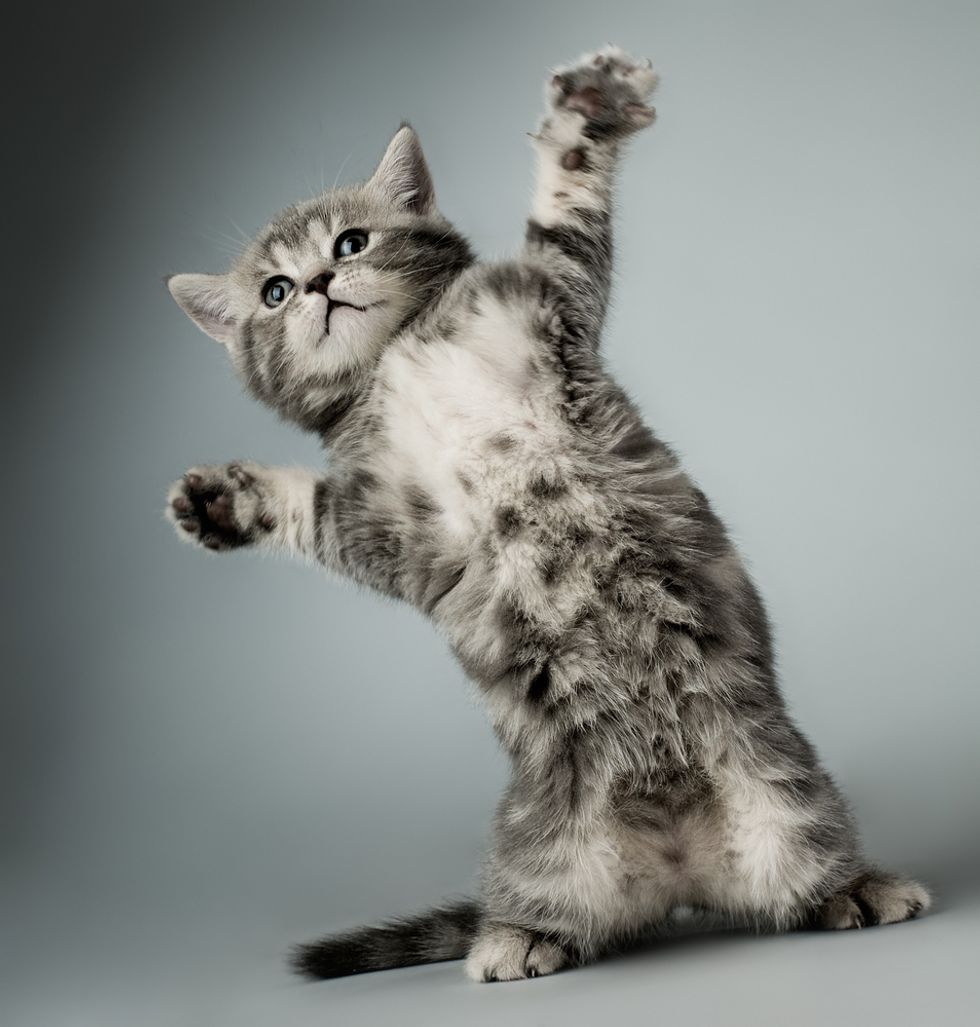 0% of commenters claimed cats are fickle, and their claims of torture can't be trusted.

I'm hoping many of you saw this story about Wendell Overton, a 10-year-old boy who came across a group of boys, ages 5-13, torturing a cat to death and who saved the cat. Because of Wendell's intervention, Jackson the cat will make a full recovery from being thrown in the air and even run over with a bicycle.

I read about this story in three different places: Jezebel, Huffington Post, and Buzzfeed. I looked at the comments at all three places and found that the comments were restricted to two major themes:

Missing from the discussion: Wondering if the cat was asking for it by being so cute and easy to torture. Blaming male hormones or implying that because it's so sexually gratifying to torture a cat, some boys can't help themselves. Making excuses for the cat torturers by saying that they don't understand the difference between playing with a cat who wants to play with you and torturing it.  Claiming that while cat torture is bad, we shouldn't be too eager to punish the cat torturers.

A lot of people in comments said that we should teach boys not to torture cats, specifically noting cultural changes that could be instituted to prevent cat torture. These people were not subjected to an angry flame war where they were accused of being stupid, called by misogynist or racist names, or told that they should be tortured themselves until they understood that the only way to stop cat torture is for cats to defend themselves. It was understood that cats do try to defend themselves, but unfortunately, self-defense is sometimes not enough to prevent cat torture. It was accepted that cat torture is a crime that is cultural in origin, and that by changing the culture, we can prevent it.

I'm guessing you can see where I'm going with this. To be blunt, men who rape women do so for the same reason that boys who torture cats do so: Because they've been raised to believe that dominating others makes you a big, tough man, and they take pleasure in exerting power over this being they've been taught is beneath them. Most boys don't torture animals, but we aren't confused about those who do. Even if they do find some kind of visceral satisfaction from it, we don't think they're confused and simply think they're, say, preparing a meal. When boys torture animals in groups, we know that there was probably a ringleader who used pressure to "be a man" to get the other boys to go along with it. We also know some boys torture animals in secret, taking pleasure in the conquest of these animals. If you understand why boys torture animals, you understand why teenage boys and men rape. The same codes of masculinity and sadism are underlying the behavior, and I'm guessing the overlap between the two behaviors is really high, with a lot of youthful animal torturers growing up to become sexual predators who get a thrill out of conquering women, especially considering how much more cunning you need to dominate and control a woman than an animal.

No one suggests that we're somehow robbing animals of their autonomy by noting that they were cornered and tortured. On the contrary, Jackson the cat is granted more autonomy in these stories about his rescue than your typical rape victim is in mainstream media coverage. Jackson can't even talk, but his feelings about being tortured and rescued are central to the story, which is evidenced by Jackson being given camera time to rub on Wendell, communicating gratitude in the way that cats can. Unlike many rape victims who are painted as somehow permanently destroyed by their experiences, Jackson is granted the right to a story of survivorship.

This comment from Buzzfeed was a good example of the response to this story:

I know it's not particularly regional but growing up in south Georgia I've seen way too many people with literally no respect for the lives of animals, a lot of times including those of the human variety. I can vaguely remember a moment from my early grade school years where some kids were throwing rocks at a stray around our honkey ass elementary school and it eating the shit out of me. However, unlike this little badass, I had not the balls to do a thing about it. Good on him and hopes for the generations to come.

You could easily make a similar comment about rape with a few minor tweaks, which I went ahead and did for illustration's sake:

I know it's not particularly regional but growing up in south Georgia I've seen way too many people with literally no respect for the lives of women. I can vaguely remember a moment from my high school years where some kids were cornering a girl in a room at a party and it eating the shit out of me. However, unlike this little badass, I had not the balls to do a thing about it. Good on him and hopes for the generations to come.

However, if the latter comment was written on a story about rape, you can rest assured that a bunch of "men's rights" idiots would start screaming their heads off about how there is no such thing as "rape culture" and it's just a few bad apples and this is "misandry" and the victim needs to "take responsibility", blah blah blah. Anything but discuss the cultural context that leads boys to believe that there's something cool about dominating and torturing others to prove that you're more powerful than they are. If this commenter said it on TV, as did Zerlina Maxwell, the outpouring of abuse would be staggering. And yet, it got two likes and otherwise went without mention. There were many similar comments, positioning animal torture as a cultural problem that could be prevented through cultural change---and raising more boys to be like Wendall---and not a single one got an angry response.

Wonder why that is.

Just kidding. No I don't.