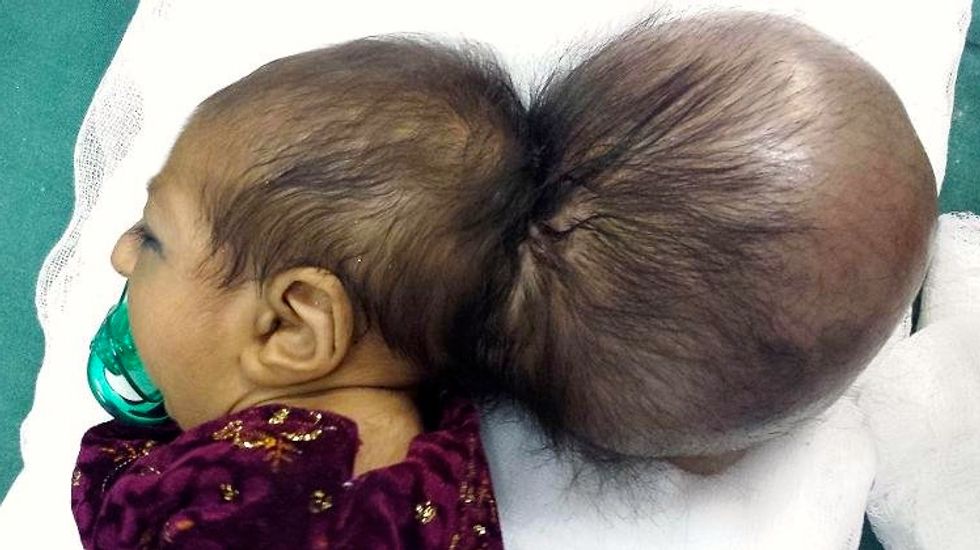 Surgeons in Afghanistan have carried out a life-saving operation on a baby girl born with an extra head, doctors and relatives said Thursday.

The girl -- named Asree Gul (new flower) and one of a pair of twins -- was admitted to a hospital in the eastern city of Jalalabad with an extra head attached to her scalp, chief surgeon Ahmad Obaid Mojadidi told AFP.

"Her mother gave birth to twins, two girls. One girl was in good health but the other had an abnormality. She had an extra head attached to her head," Mojadidi told AFP.

"We separated the extra head from her body," he said, a week after the operation which he described as the most sophisticated ever carried out in the impoverished city.

He said, however, that the baby was not in good condition after the operation.

Nematullah, the father of the infant who like many Afghans uses only one name, said he had not expected his baby to survive the operation.

"The doctors saved her life. I thank them," the emotional father told AFP.

But facilities have improved thanks to billions of dollars pumped in by the international community since the US-led invasion toppled the Taliban regime in 2001.