Colbert parties with Grim Reaper over 'death of Obamacare' 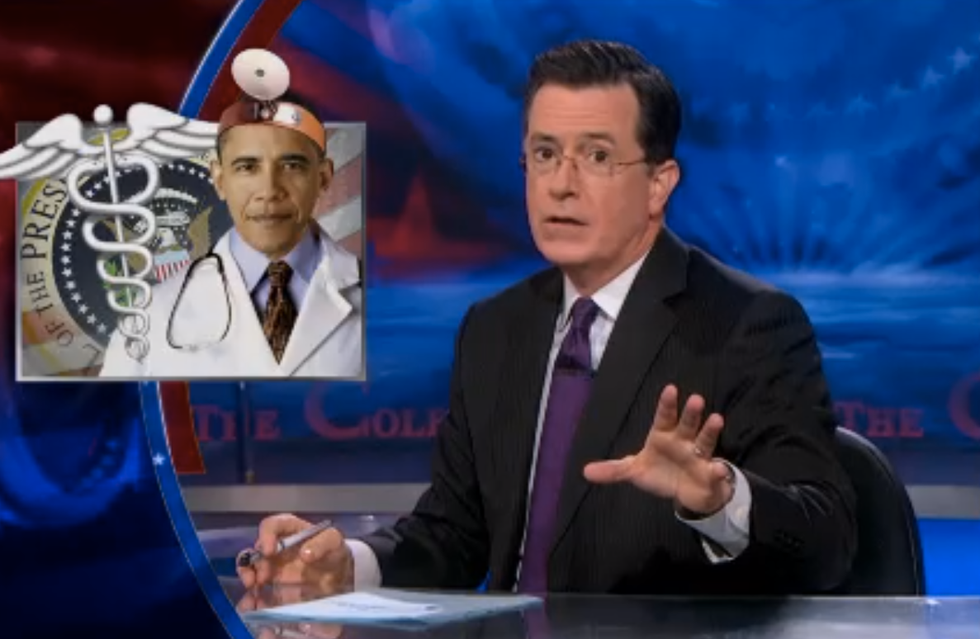 Thursday night on "The Colbert Report," host and arch conservative Stephen Colbert celebrated the death of the Affordable Care Act (also known as "Obamacare") at the hands of the House Republicans.

"Since day one, I have vowed to stop Obamacare or die trying," said Colbert, "and knowing my luck, I'd almost die and then get nursed back to life by Obamacare."

Colbert isn't the only person with a plan to stop the implementation of Obamacare, though. On Wednesday, House Republicans announced their plan to shut down the government rather than allow millions of low and no-income Americans have access to health insurance.

Michele Bachmann told one reporter that the Republicans "can take a victory lap" because they've shafted the president -- and by extension, poor Americans -- one more time.

"Yes, a victory lap!" Colbert agreed. "Because Obamacare is dead!"

Balloons dropped from the ceiling and the host donned a giant foam finger as he and the Grim Reaper booty-danced together to the strains of Robin Thicke's summer hit, "Blurred Lines."

"Maybe," he qualified when the music stopped, "because there are still a few wrinkles to iron out before this brave act of extortion takes effect."

The Republican plan will probably never make it past the Democrat-controlled Senate, and even if it did, President Obama would veto it. Fox News liberal Kirsten Powers said that this is like the Republicans saying, "We'll pass a budget if you can prove there's life on Mars."

"But if there is life on Mars," Colbert said, "at least it's going to have to buy its own health care."