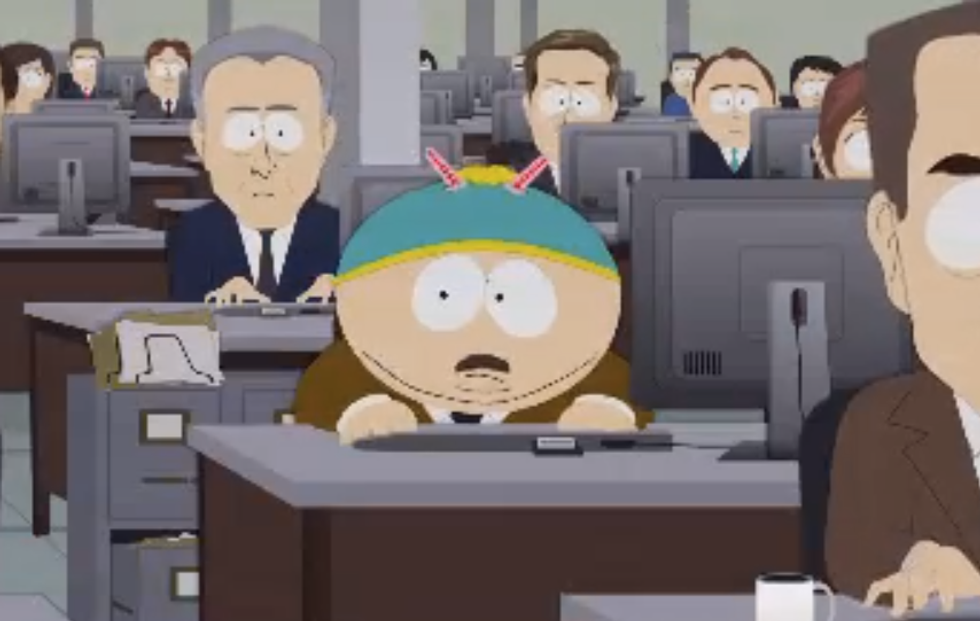 On the season premiere of Comedy Central's "South Park," which aired on Wednesday, Sep. 25, 9-year-old Eric Cartman put on a disguise and changed his name to "Bill Clinton" so he could get a job at the NSA. In the clips below, Cartman got a tour of the NSA facility, then proceeded to become a whistleblower on the agency's nefarious practices.

An NSA executive explained to Cartman that for the organization to read every email Americans send and listen in to every phone call, it takes a tremendous amount of manpower.

"If you think you've got the stomach for this, then we could definitely use your help, young man," said the executive, who bore a strong resemblance to the character Arvin Sloane (actor Ron Rifkin) from the TV series "Alias."

In the second clip, Cartman mused via the social medium "Sh*tter," -- which is only used by himself and actor Alec Baldwin -- that he hopes to keep himself from being outed as a whistleblower before he can expose the NSA's operation.

Accessing his file, Cartman found that the NSA has listed him as "fat and unimportant." He confronted the agency, calling himself "the NSA's worst nightmare," to which the Arvin Sloane look-alike responded by showing him the agency's darkest secret. The NSA is torturing Santa Claus to find out who's naughty and who's nice, who's a threat and who isn't.

It was then that Cartman took out a coach's whistle and fulfilled his destiny as a whistleblower.

"And everybody," he said, "is gonna think I'm super cool."

[hat-tip to The Daily Banter]