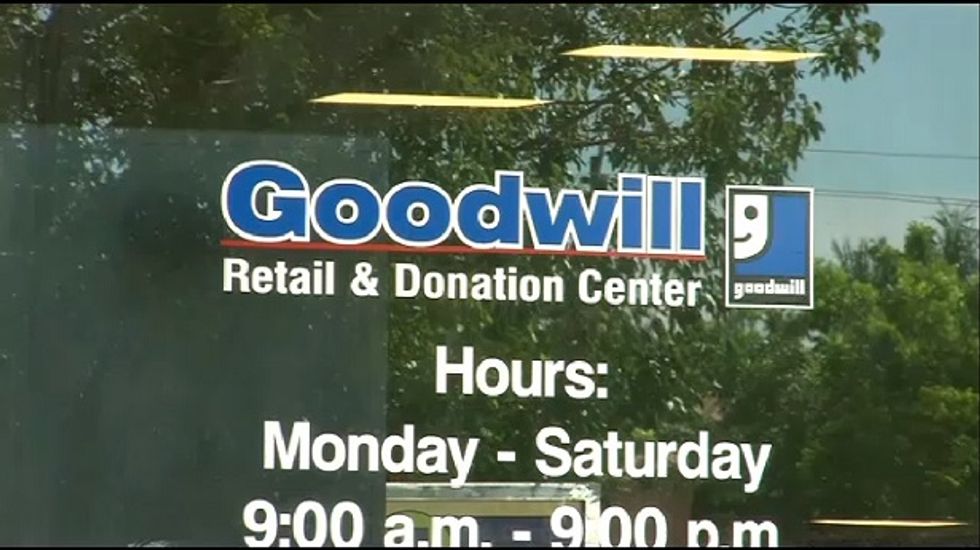 A teenage clerk at a south Florida Goodwill no longer faces grand theft charges after being fired and arrested for giving deep discounts to needy shoppers.

Goodwill Industries of Southwest Florida announced Friday that it would no longer be pursuing charges against Andrew Anderson, 19. Anderson, a clerk at the East Naples store, had been discounting goods up to 50 percent off for people, he told the local NBC affiliate.

"People would come in on bicycles -- wearing all of the clothes they had, coming in with $2, $3 max," Anderson told NBC after being arrested on grand theft charges for the actions.

After a raft of Internet-fueled negative publicity, Goodwill posted a response on its Facebook page. "After completing our internal investigation we have determined that the individual’s actions were not for personal gain, but rather for the benefit of others," Goodwill wrote. "Because this is a violation of our policy we recognize that the former employee’s termination is an appropriate action, however in light of his overall intent, we are not pursuing criminal charges."

The teen's attorney, Jerry Berry, said that he is hopeful that the state's attorney will agree to dismiss the charges as well.

Watch a report about the case below.