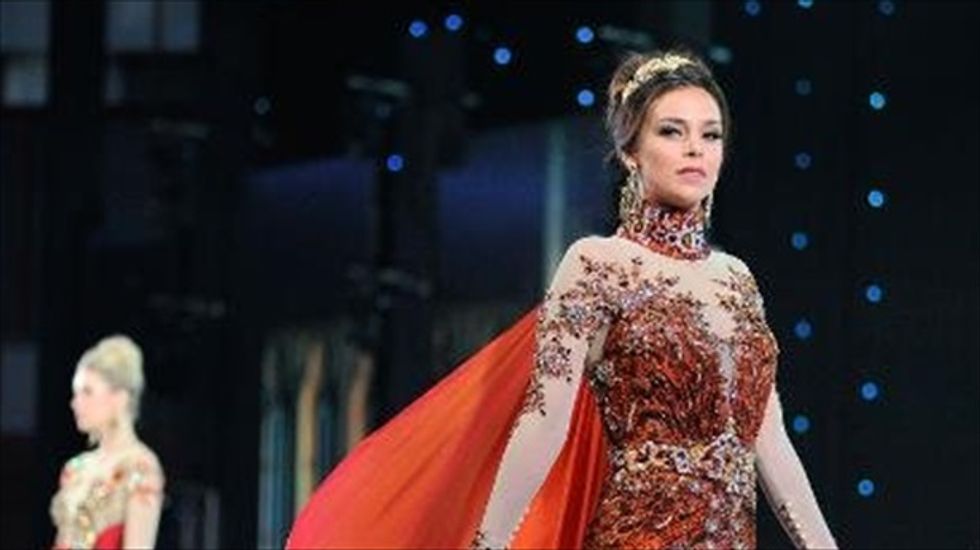 The Miss World final takes place on the Indonesian island of Bali Saturday with Muslim hardliners threatening to stage fresh protests and even break through heavy security to rally at the venue.

After weeks of radical demonstrations and warnings from embassies that extremists might attack the pageant, 129 beauty queens will take to the stage for the glittering end to the three-week event, which will be broadcast in more than 180 countries.

Security has been beefed up following the demonstrations, which saw hardliners denounce Miss World as a "whore contest" and "pornography", with hundreds of police deployed on the Hindu-majority holiday island backed by traditional Balinese security personnel.

Despite efforts by organisers to appease the hardliners with an early pledge to drop the famous bikini round, the protest movement snowballed and has overshadowed the contest.

The organisers bowed to the mounting pressure by ordering later rounds and the final be moved from the main island of Java to Bali, where the show opened on September 8 and there is little hardline influence.

But the radicals have not been appeased and are threatening to protest on Saturday and even to try to break through heavy security to get onto Bali and demonstrate at the final venue.

"We will do anything we can to stop Miss World," said Haidar Al-Hamid, head of the East Java province branch of the Islamic Defenders' Front (FPI).

He said members of the group planned to cross the narrow stretch of water that separates the province from Bali to protest.

Hundreds of FPI members already made one attempt to cross to Bali from East Java earlier this month -- but the group was stopped from getting onto a ferry by a line of female police backed by hundreds of elite officers.

Another FPI leader, Maman Suryadi, said thousands of members of the group would protest by holding Koranic readings in Sentul on the outskirts of the capital Jakarta.

Organisers had originally planned the final in a 10,000-seat venue in Sentul before being forced to move to a 2,000-seat centre at the Nusa Dua resort in southern Bali.

Adding to concerns, the American, British and Australian embassies have said that radicals could attack the pageant, a chilling warning on an island where bombings in 2002 killed more than 200 people, most of them foreign tourists.

"Extremist groups may be planning to disrupt the Miss World pageant... potentially through violent means," said the US embassy in Jakarta.

Saturday's final will last several hours and will see the contestants parade in Indonesian-designed dresses and feature a series of musical performances.

The finalists will face a question-and-answer round from a panel of judges before a winner is crowned.