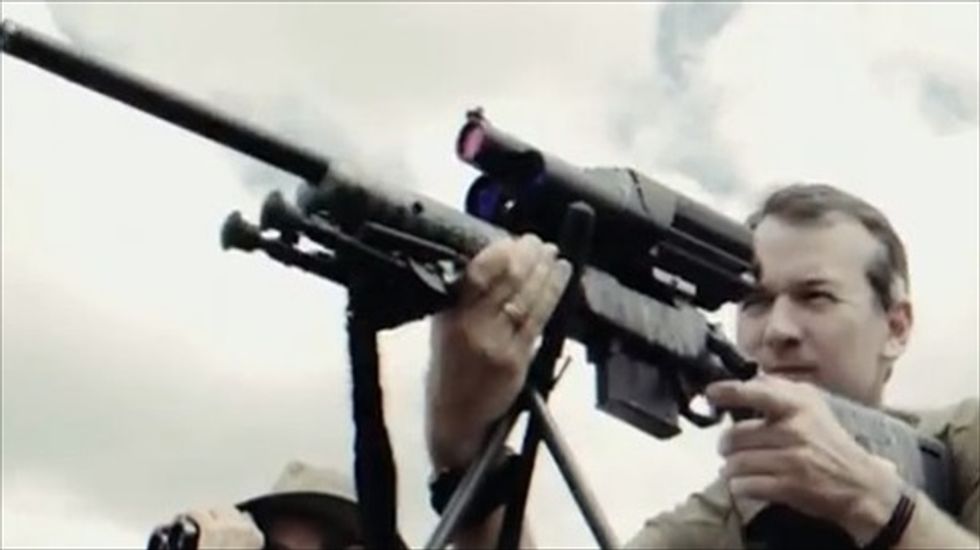 The makers of a new rifle that allegedly enables shooters to hit targets from as far as 1,200 yards away defended their creation in a report by Vice's Motherboard, saying they consider themselves a technology company, as opposed to just a firearms company.

At the same time, Schauble argues, his company's weapon is not -- as comedian Stephen Colbert has suggested -- supposed to do all of the work for the user.

"We know the gravity of the products we bring to the marketplace is a pretty significant thing," Schauble argued. "There are guns, they can take lives. But we're not trying to put out a product that enables skill-free killing."

TrackingPoint's makers argue that by accounting for temperature and wind conditions, the $17,000 weapon actually enables shooters to make what they call "ethical kill-shots." But critics contend that its enhanced capabilities could lead to authorities having a quicker trigger-finger in dealing with hostage situations.

"If their intuition says this guy is not going to engage in a conversation very long, would that make them feel more comfortable using the weapon?" Center for American Progress ethicist Jonathan Moreno told Motherboard. "A shortcut around negotiation—that would worry me."

Watch Motherboard's video report on TrackingPoint, published on Monday, below.