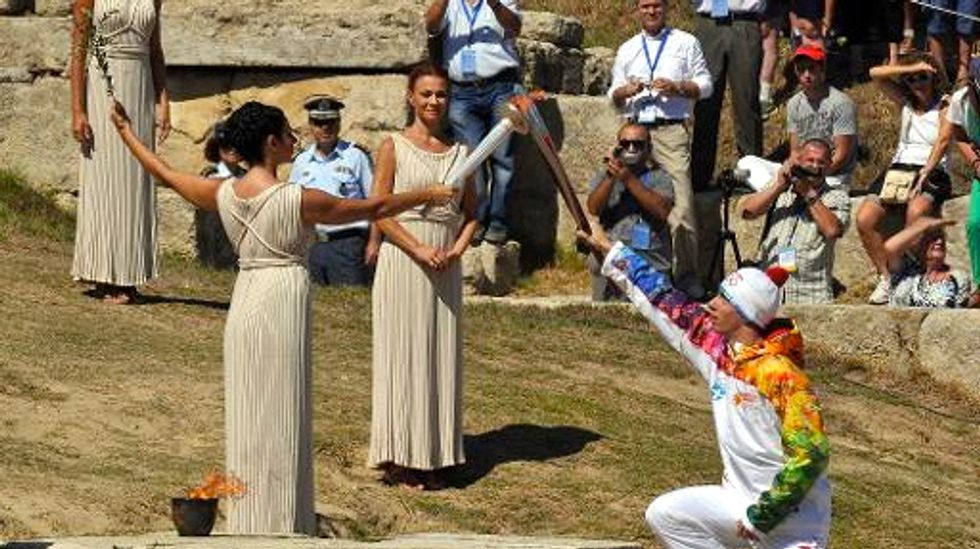 The Olympic flame was lit in Ancient Olympia in Greece on Sunday and began its long journey towards the opening ceremony of the Sochi 2014 Olympic Winter Games which begin on February 7.

Actors in ancient Greek costume in the bright midday sunshine invoked the god Apollo in the ruins of the 2,600-year-old Temple of Hera, using a parabolic mirror to harness the sun's rays and kindle a flame on the torch for a relay that will take it around Greece and hosts Russia as well as for the first time in space.

Dignitaries at the ceremony included the new president of the International Olympic Committee Thomas Bach, as well as the head of the Sochi organising committee, Dmitry Chernyshenko.