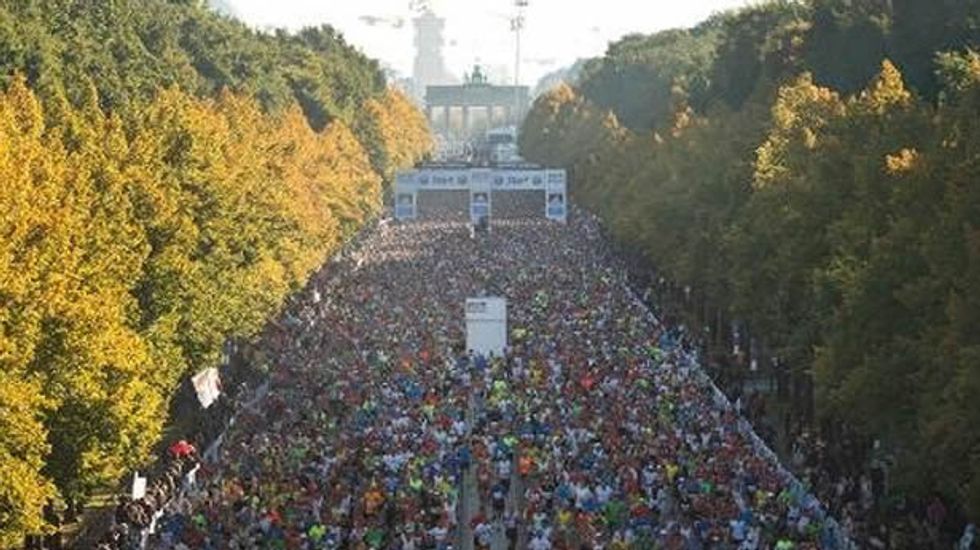 Police have charged a man with trespassing at Sunday's Berlin marathon after breaking the finish-tape ahead of winner and new world-record holder Wilson Kipsang.

As Kenya's Kipsang, 31, approached the finish in front of Berlin's iconic Brandenburg Gate, for a new world record of 2 hrs 3 mins and 23 secs, he was briefly joined by a man in running kit and a race number.

Having leapt from the crowd, the intruder, an ambush marketer wearing a t-shirt promoting an escort website, broke the tape just before the bemused Kipsang.

The intruder was chased by race staff in the finish area before being handed over to police.

A Berlin police spokesman confirmed to SID, an AFP subsidiary, that the man has been charged with trespassing and has subsequently been banned from future events run by the Berlin marathon's organisers.

Security had been tightened at this year's Berlin race in the wake of April's bomb attack on the Boston marathon which left three dead and 250 injured and for the first time the Berlin finish area was closed off.

Kipsang's new mark was the ninth time a world marathon record has been set in Berlin. The Kenyan shaved 15 seconds off compatriot Patrick Makau's mark set two years ago in the German capital.