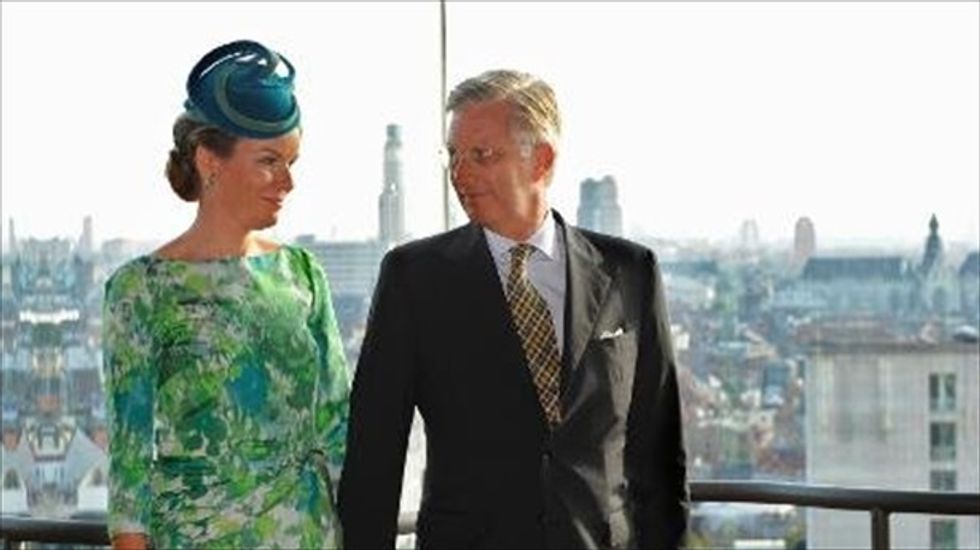 Belgium's newly-crowned royals, King Philippe and Queen Mathilde, faced a crowd of separatist hecklers on their first foray into the rebellious port city of Antwerp on Friday.

Though several hundred people lined up to greet Philippe, who ascended to the throne in July after his father's abdication, an equally big crowd of republican separatists massed nearby shouting "Death to Belgium" and waving the Flemish flag.

Belgium is increasingly divided between its French-speaking south and Dutch-speaking north, with the monarchy and the "Red Devils" football team providing rare rallying points for the nation ahead of general elections next year.

The separatist leader, who is tipped to make a strong showing in the May elections, nonetheless wished the royals "a warm welcome" at city hall.

Philippe and Mathilde are currently visiting Belgium under a medieval tradition that calls for new sovereigns to make "a joyous entry" into the country's major towns, and Friday's protest was the first of its kind so far.