The ballerina brain could hold a key to treating chronic dizziness 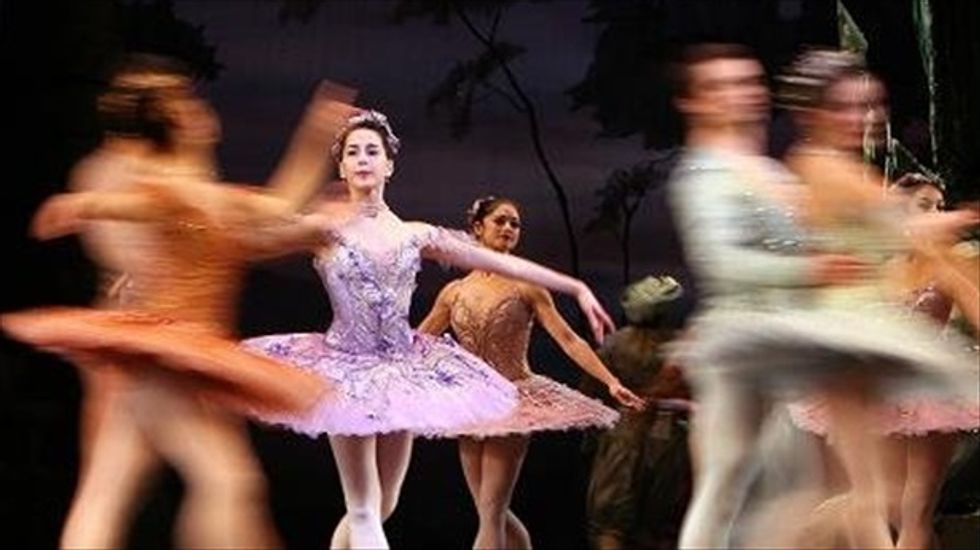 Ballerinas play The Lilac Fairy during a dress rehearsal of The Sleeping Beauty at The Royal Opera House in London On Oct. 24, 2006. [AFP]

Years of training cause structural changes in a ballerina's brain that help her stay balanced in the pirouette, said a report Friday that may aid the treatment of chronic dizziness.

Brain scans of professional ballerinas revealed differences from other people in two parts of the brain: one that processes input from the balancing organs in the inner ear, and another responsible for the perception of dizziness.

Most people, after turning around rapidly, feel dizzy for a period thereafter.

This is because of the fluid-filled chambers of the ear's balance organs, which sense the rotation of the head through tiny hairs that perceive the fluid swishing about. The fluid continues to move for a while after the spin -- which creates the perception that one is moving when still -- hence the dizziness.

Ballet dancers can perform multiple pirouettes with little or no feeling of dizziness -- a feat that has long puzzled researchers.

The pirouette sees a dancer execute one or more full-body turns on the toe or ball of one foot.

"Ballet dancers seem to be able to train themselves not to get dizzy, so we wondered whether we could use the same principles to help our patients," Barry Seemungal from Imperial College London's medicine department said in a statement on the study published in the journal Cerebral Cortex.

For the study, Seemungal and a team spun 29 ballerinas around in a rotating chair in a dark room, and did the same with 20 female rowers of similar age and fitness levels.

The women were asked to turn a lever on a small wheel attached to their chair in rhythm with the spinning sensation they experienced after the chair was brought to a halt.

For the dancers, the perception of spinning lasted for a"significantly" shorter period, said the study.

"It's not useful for a ballet dancer to feel dizzy or off balance," said Seemungal. "Their brains adapt over years of training to suppress that input" -- allowing them to continue dancing after spinning around in a pirouette and complete a performance without losing their balance.

"If we can target that same brain area or monitor it in patients with chronic dizziness, we can begin to understand how to treat them better."

About one in four people suffer chronic dizziness at some time in their lives, said the researcher.