Two U.S. generals fired after security lapse at Afghan base 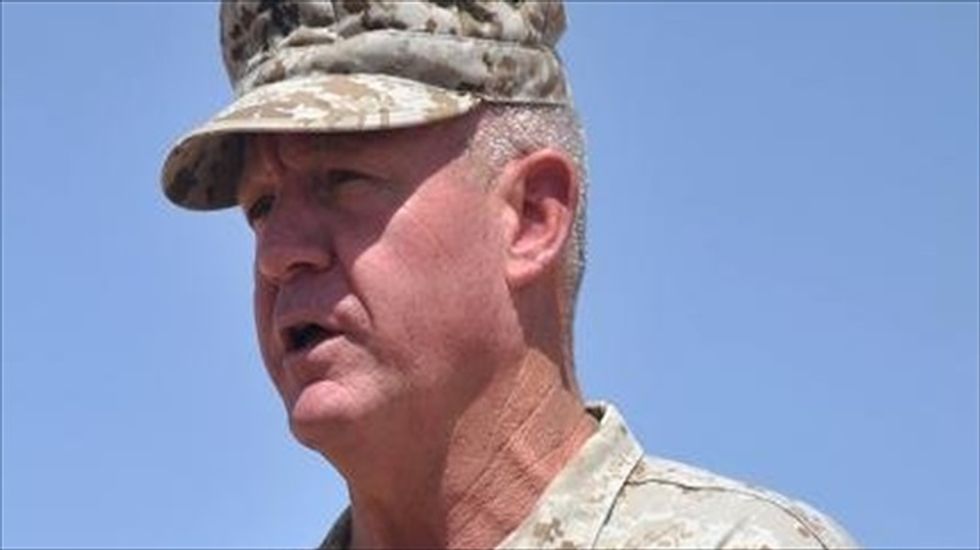 The commandant of the US Marine Corps sacked two generals, Major General Charles Gurganus (seen here) and Major General Gregg Sturdevant, after a deadly attack last year by the Taliban on a major NATO base in Afghanistan. [AFP]

The commandant of the US Marine Corps sacked two generals in the wake of a deadly attack last year by the Taliban on a major NATO base in Afghanistan.

General James Amos announced the extraordinary decision after a military investigation found Major General Charles Gurganus and Major General Gregg Sturdevant failed to take sufficient action to safeguard the base from a possible assault by insurgents, the Marine Corps said in a statement.

Two Marines were killed in the September 14-15 attack on Camp Bastion in southern Afghanistan, eight others were wounded and six fighter aircraft were destroyed.

Endorsing the probe's findings, Amos wrote that he was aware of the difficulties faced by the Marines amid a troop withdrawal in Afghanistan, but "my duty requires me to remain true to the timeless axioms relating to command responsibility and accountability."

He added: "Responsibility and accountability are the sacred tenets of Commandership."

Amos recommended to the Navy secretary that Gurganus's nomination for promotion to the rank of Lieutenant General be rescinded and that Sturdevant receive a letter of censure. And he asked both officers to retire, the statement said.

Amos said Gurganus, who had overall command of the base as head of Regional Command Southwest, bore "final accountability for the lives and equipment under his charge."

According to Amos, the general "made an error in judgment when conducting his risk assessment of the enemy's capabilities and intentions" towards the base, which included the British-run airfield at Bastion and a Marine installation, Camp Leatherneck.

Amos concluded that Sturdevant, who oversaw the aviation arm of the Marine force at the base, failed to "adequately assess the force protection situation" at Bastion and had responsibility to add his own security forces to the British contingent guarding the airfield if necessary.

"Marines can never place complete reliance for their own safety in the hands of another force," Amos wrote.

In arriving at his decision, Amos "acknowledged the inherent risks of combat and the challenges faced by both commanders in striking the proper balance between aggressively pursuing the enemy and safeguarding their forces."

However, Amos found that the commanders "did not exercise the level of judgment expected of General Officers" and had to be held accountable.