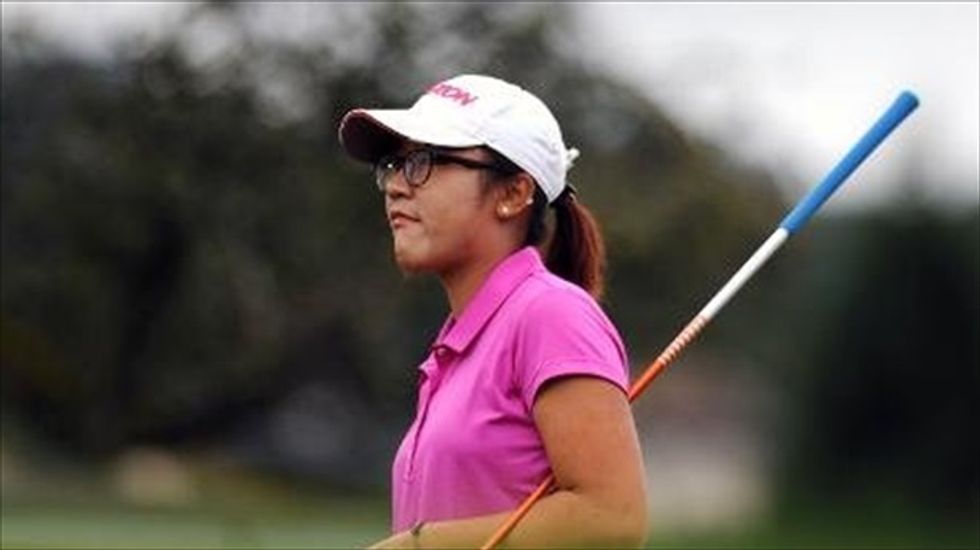 New Zealand's Lydia Ko attends the final day of the Evian Golf Championship in the French Alps town of Evian-les-Bains on Sept. 15, 2013. [AFP]

Whan said he had reviewed Ko's petition and agreed to waive the usual requirement that players must be 18 years old to gain full member status.

"This decision ensures that Lydia can attend all of our LPGA rookie development sessions that take place in the early part of the year," Whan said.

The 16-year-old sensation has won the Canadian Women's Open each of the past two seasons, her victory in 2012 making her the youngest winner in LPGA history at 15 years, four months and two days old.

Ko, who announced her decision to turn pro last month, has already won four professional events as an amateur.

In addition to her Canadian women's Open titles she won the 2013 New Zealand Women's Open as well as the 2012 Bing Lee Samsung Women's NSW Open.

Ko also finished second at the Evian Championship, designated a fifth LPGA major this year and has soared to fifth in the women's world golf rankings.

"I am very excited to become a member on the LPGA Tour," the bespectacled teenager, who won't turn 17 until April, said in a statement.

"It has always been my dream goal to play on the LPGA, and play against the world's best players. I know that becoming a member is not only performing well, but to deal with responsibilities very well.

"Women's golf is growing day by day and I would love to be able to inspire other girls to take up the game, and go for it.

"I believe this is only the start to my career and I have many new things to learn along the way. I am so grateful to get the opportunity to play with the players I look up to and respect. I can't wait to start the season early next year."

While LPGA policy stipulates a minimum age of 18 for members, players between the ages of 15 and 18 can petition for that to be waived.

Ko plans to compete in her first event as a professional at the LPGA?s season-ending CME Group Titleholders in Naples, Florida November 21-24.

Her Canadian Open victory earned her a place in the field.