Afghan publishers break through and debut at industry gala 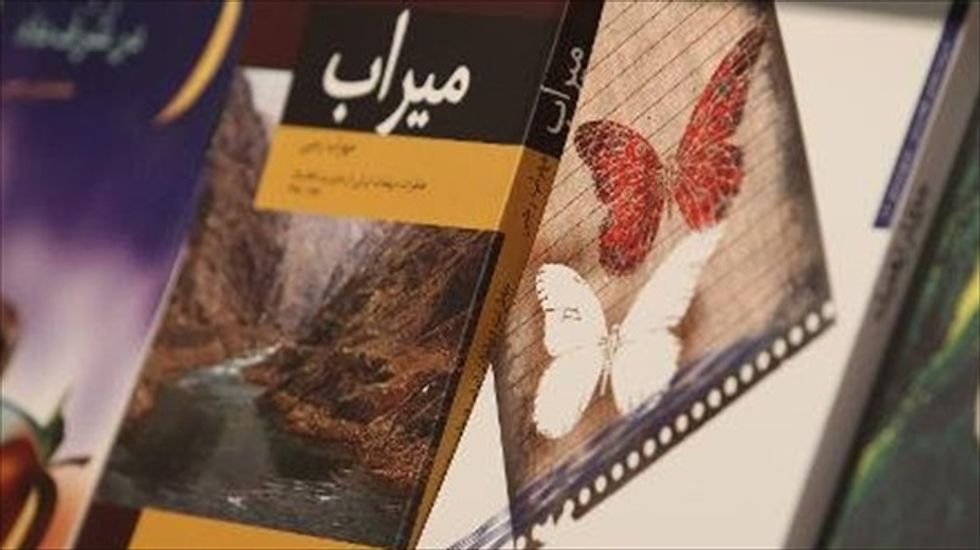 Publishers from Afghanistan, a country torn by three decades of conflict, are for the first time showcasing their books at the industry's biggest meet-up, which opened in Germany Wednesday.

Mohammad Ibrahim Shariti, who owns and runs one of Afghanistan's biggest publishing companies, said he represents his country's about 60 publishers at the Frankfurt Book Fair.

He hopes to tap into the international network of more than 7,000 exhibitors from around 100 countries attending the five-day event and show that his country is back on the publishing map.

Setting out his small stand with its array of books about Afghan history, and language, as well as novels and journals, he said business had improved with more people going to school and having a thirst for reading.

"There's a need to catch up," Shariti, 51, told AFP through an interpreter. "Now suddenly people are buying and reading books."

Afghanistan is probably best known on the international literary stage through the 2003 bestseller "The Kite Runner" by Kabul-born, US-based writer Khaled Hosseini.

That novel was followed four years later by "A Thousand Splendid Suns", which debuted at the number-one spot on the New York Times bestseller list, staying there for 15 weeks, according to Hosseini's website.

Shariti employs 11 people at his Erfan Publication firm, based in both Kabul and Tehran and specialising in university texts. He has previously attended book fairs in Italy and Iran.

He hopes in Frankfurt "to sell the copyright of Afghan books to foreign publishing houses" and raise Afghanistan's profile.

Katja Boehne, the fair's spokeswoman, welcomed the attendance. "For us the international variety and diversity is crucial to the fair," she told AFP.

"It's proof the international publishing world gets closer every year and there is a will and a wish to link on a global level."

While an Afghan bookseller has attended the Frankfurt fair in the past, 2013 is the first time the gathering has hosted a publishers' association from the war-riven country, she said.

Publishing in a country with several different languages poses no problem, Shariti said. But challenges remain. He said about a third of the population still does not know how to read or write and the printing industry in Afghanistan is still problematic.

And he fears that the book business will be hit when international forces end major combat operations in Afghanistan and pull out at the end of 2014, taking money away from the economy.

"When people have money, they buy things. When they (the forces) pull out, there will be many unemployed... people of course save (their money)," he said, worrying they won't be able to spend the around $6 that non-fiction titles currently costs, or $1.50 for a small novel.