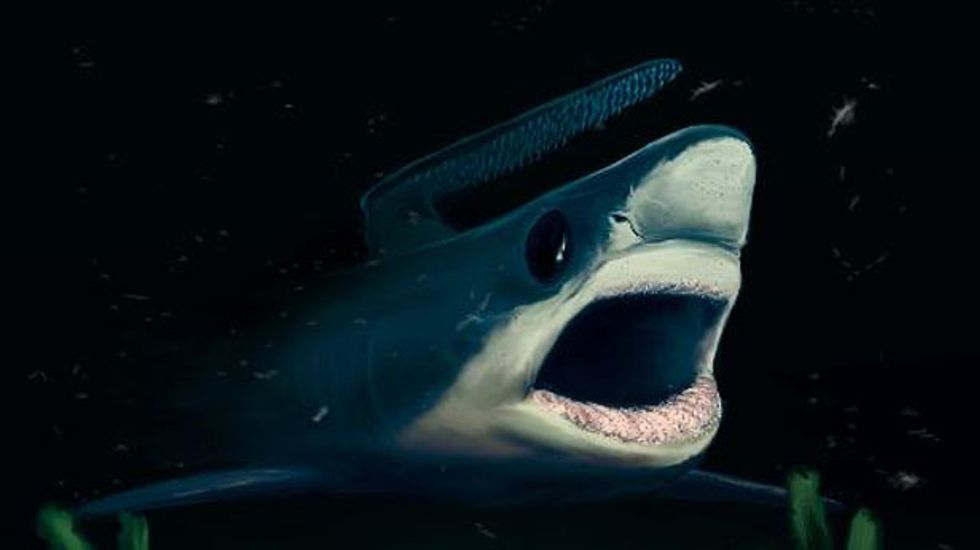 A line of mini-sharks thought to have perished in Earth's "Great Dying" event some 250 million years ago, in fact lived another 120 million years, said researchers Tuesday who found samples of their miniscule fossil teeth.

The strange creature, which measured no more than 30 centimetres (12 inches) in length and likely sported a hook-like protrusion in place of a dorsal fin, may have survived the calamity by hiding away in the deep seas, the research team wrote in the journal Nature Communications.

The planet's worst mass extinction wiped out about 95 percent of marine species and 70 percent of land species at the end of the Permian period, when Earth was believed to have had a single continent surrounded by a single ocean.

Theories for the cause of the catastrophe include an asteroid impact that smothered the planet in dust which obscured the Sun and shrivelled vegetation, or a fierce period of vulcanism that caused a lethal mixture of acid rain and global warming.

Among the creatures thought to have disappeared were Cladodontomorph sharks, distant cousins of modern sharks, which sported jaws with several rows of tiny, sharp teeth.

But now a team from Geneva's Natural History Museum and France's Montpellier University uncovered six such teeth in sediment near the southern French town of Montpellier from the early Cretaceous period, when the area would have been under water.

The teeth, less than 2 millimetres in size, were from three different Cladodontomorph species, now extinct, which lived about 135 million years ago.

"Our finding shows that this lineage survived mass extinctions most likely by... using deep-sea refuge environments during catastrophic events," said the study.