Andrew Sullivan reminds the tea party: Democrats are also part of this country 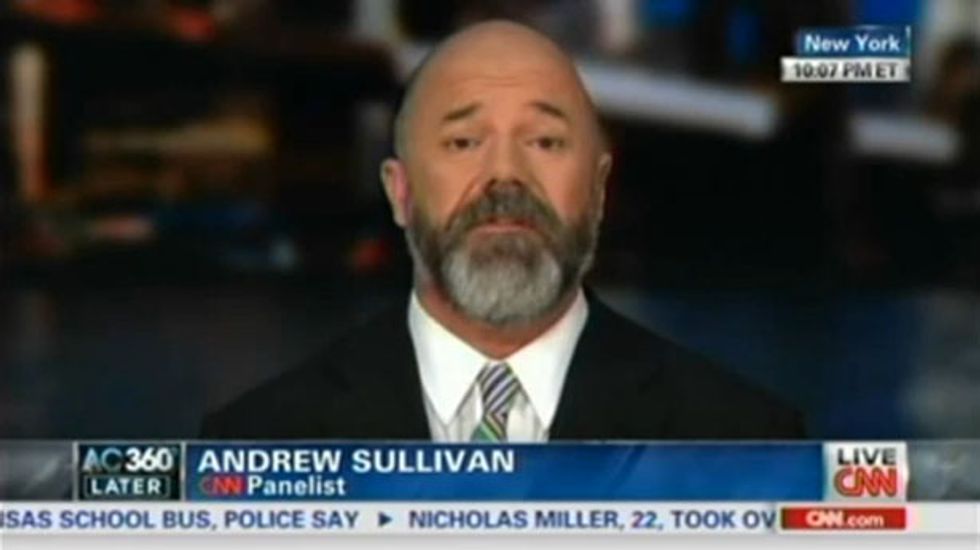 The government shutdown showed that the tea party movement had no idea how to reduce the federal debt, Andrew Sullivan said Thursday on CNN.

"I think what the tea party has done in a way that's positive is bring up the issue of long-term debt," Sullivan, the founder of TheDish.com, told host Anderson Cooper. "And we do have to fix that. At the same time, they show they're incapable of grappling with it, because they didn't succeed in reducing the deficit or debt in this. In fact, they increased the debt. If they're really going to tackle the debt in the long term, they have got to get an agreement with Democrats who are also part of this country."

He also blasted Republicans for provoking the government shutdown in a failed attempt to delay or defund Obamacare.

"You do not threaten the credit of the United States as a political tactic," Sullivan said. "They used such an extreme tactic that it was blackmail, a form of economic terrorism. I think the middle of the country, whatever you think about the debt, the middle of the country really thinks that kind of tactic was completely out of bounds and needs to be restrained. I think a lot of Republicans believe that, too. But they're too scared to take on these radicals."