Ann Coulter describes the government shutdown as 'brilliant' and 'beautiful' 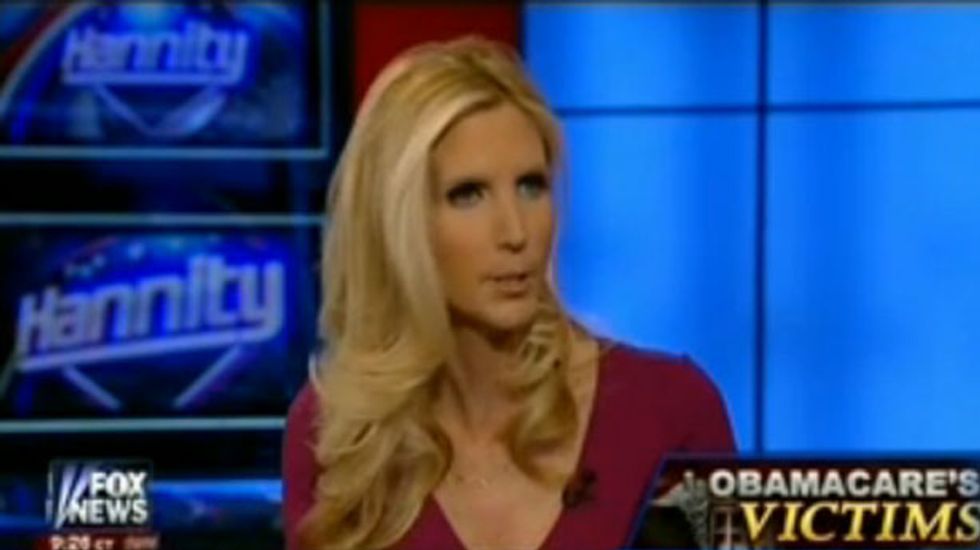 Conservative commentator Ann Coulter said Monday night that Republicans were smart to shutdown the federal government in an attempt to delay or defund Obamacare.

"This is why I think the shutdown was so magnificent, run beautifully, I'm so proud of these Republicans, and that is because they have branded the Republican Party as the anti-Obamacare party," she told Fox News host Sean Hannity.

House Republicans repeatedly tied funding for the federal government to provisions to undermine the Affordable Care Act. Democrats in the Senate refused to pass the legislation and a government shutdown ensued.

Coulter said she disagreed with those who said Republicans should have kept the government shutdown for a longer period of time. She thought Republicans handled the shutdown well.

"What is the point of banging your head against a wall?" she added. "They accomplished a lot. And it was brilliant how they played it."