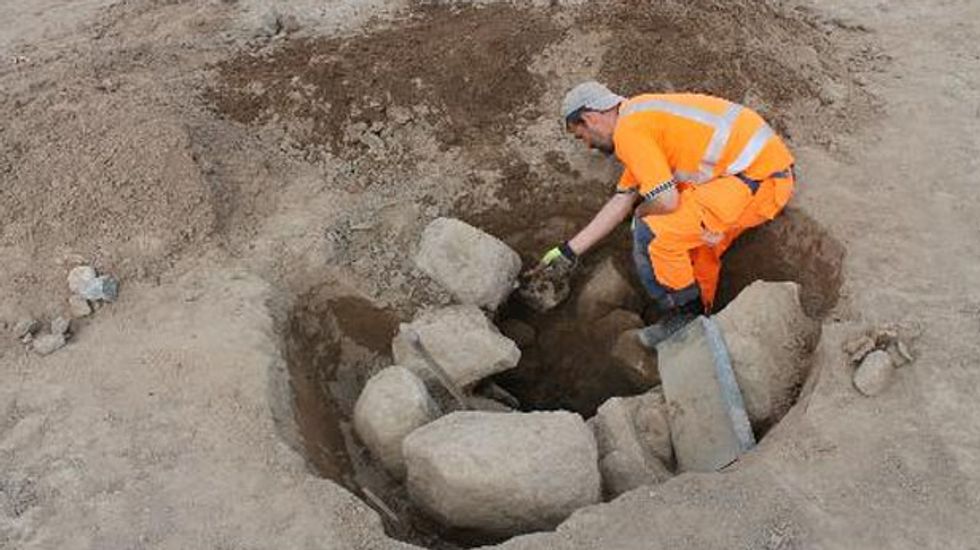 The remains of two rows of wooden pillars appeared as researchers dug before the construction of a new railway line.

Lena Borenius-Joerpeland, archaeologist at the Swedish National Heritage Board, said the monument, found about 200 metres (660 feet) from an important Iron Age burial site, is likely to be from the 5th century.

The larger row stretches about one kilometre (0.6 miles), with 144 pillars, and the shorter one is at least half as long.

Only some wooden remains of the pillars and the holes they were inserted in are left today.

The researchers have found horse, cow and pig bones in the postholes, which indicates animal sacrifices took place there.

Who built the monument and to what purpose remains unclear however.

"It could be a territorial mark or a religious demarcation," Borenius-Joerpeland said.

During the Iron Age, Old Uppsala was a major centre for trade, religion, handicraft and justice administration.