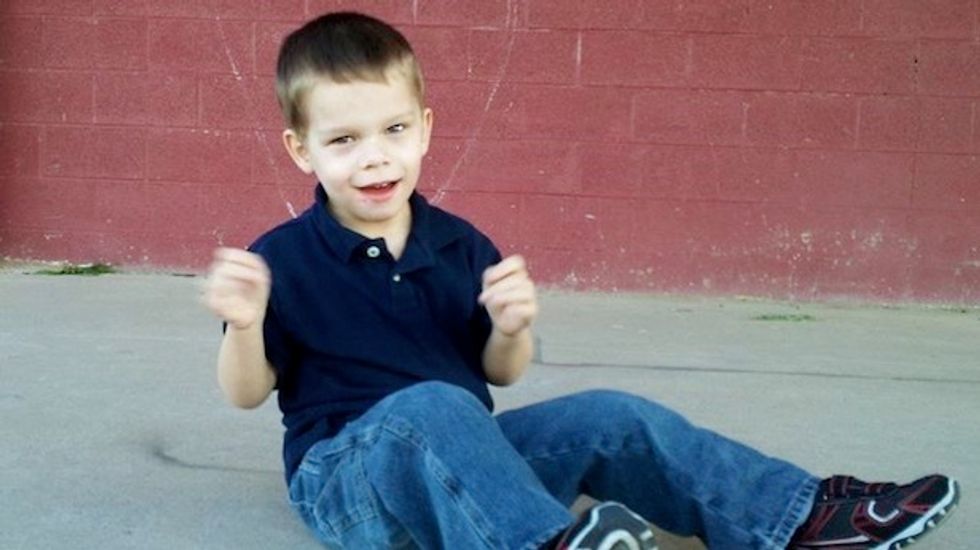 An Arizona family has sued for the right to treat their 5-year-old son’s debilitating seizures with medical marijuana extract under a law approved three years ago by voters in their state.

The parents of Zander Welton said medical marijuana is the only treatment that’s worked for their son, who suffers from severe, drug-resistant epilepsy that is a symptom, along with autism, of a rare congenital condition.

He’s had portions of his brain removed during two surgeries and has taken pharmaceuticals with serious side effects, including organ failure and behavioral problems, and doctors said the only traditional treatment is a third brain surgery that could leave Zander paralyzed or in a vegetative state.

His parents consulted with their son’s neurologist and a bishop at their Mormon Church, in addition to other research, and applied for a medical marijuana card for their son.

Their application was approved earlier this year by the Arizona Department of Health Services, and they were issued a patient ID card by the state and began administering marijuana extracts to the boy, along with dried plant material.

The Weltons said the treatment allowed their son to start actively trying to play with his brothers and gave him greater focus in kindergarten, and he was for the first time able to stack more than two blocks at a time and hold his own fork.

“My son was no longer being woken up several times a night by dangerous and scary seizures,” Jennifer Welton said in a statement.

But the couple stopped the treatments after about a month when they were faced with possible criminal prosecution, and they filed a lawsuit Monday with the American Civil Liberties Union seeking protection from prosecution and asking the court to clarify that the state’s law allowing seriously ill patients to use medicines derived from marijuana.

“Casting a cloud of criminality over medical marijuana extracts is wrong and cruel,” said ACLU attorney Emma Andersson. “After seeing not one but two brain surgeries fail to help their son, Zander's parents finally found an effective treatment in a medical marijuana extract, (but) they don't deserve to be scared off from the best medicine available for Zander.”

Some top officials have suggested that only the marijuana plant itself is legal for medicinal purposes, but the Weltons said the extracts are easier for their son to ingest and can be more accurately dosed than plant material alone.

The ACLU said seizures had stunted the boy’s physical abilities and left him with the motor skills of an 18-month-old, but just a short treatment regimen using marijuana plants and oil greatly improved his coordination.

Andersson said the Weltons have been forced to put their son’s medical progress at risk because the Maricopa County attorney opposes the voter-approved medical marijuana law, and Phoenix police have said they would follow his interpretation of the law.

"I'm not sure why the county attorney is going so far out of his way to twist the interpretation of the law, Andersson told The Raw Story.

The ACLU said the extract Zander took contained concentrated cannabidiol, or CBD, a chemical found in marijuana that’s less psychoactive than THC and appears to be quite effective in treating epilepsy.

The group said the Weltons have been administering dried plant material to their son since stopping the oil treatment, but the family says it’s harder for the boy to swallow and may not get enough CBD to maximize the treatment’s benefits.

“No parent should have to factor in jail time when deciding to use the most effective medicine to protect their child's health,” Andersson said.

Andersson said she knows of two children in Colorado who are using medical marijuana to treat similar symptoms and another in California, and she said at least one parent in Arizona had contacted Jennifer Welton through her Facebook page asking about the treatment for her child.

[Photo courtesy of the ACLU]