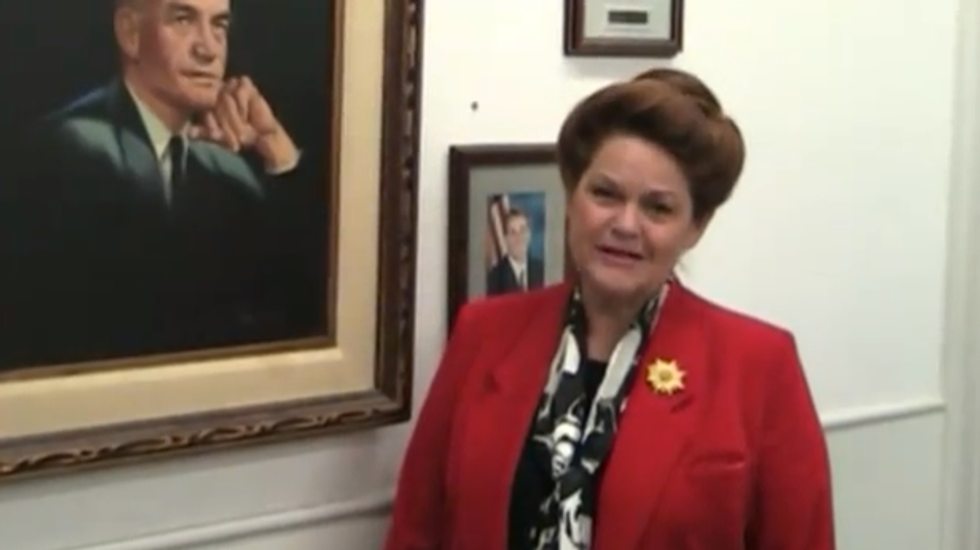 Arizona State Rep. Brenda Barton initially urged Americans to ask their local sheriff to consider “revoking the arrest powers (that they granted in the first place) to federal agents operating within their county.”

Barton was angered that National Park Service rangers were keeping visitors out of the parks closed as a result of the government shutdown triggered by a House vote to delay implementation of the Affordable Care Act in exchange for funding the federal government.

The lawmaker referred to Obama, using incorrect German, by the Nazi leader’s title in a second posting on the social media site.

“Someone is paying the National Park Service thugs overtime for their efforts to carry out the order of De Fuhrer… where are our Constitutional Sheriffs who can revoke the Park Service Rangers authority to arrest??? Do we have any Sheriffs with a pair?” she wrote.

The National Parks Service has said it’s entrusted with protecting national treasures at its sites, and the agency has argued that it cannot adequately do that during the shutdown without restricting access to the attractions.

The “skeleton crews” that are enforcing the closures are among the federal workers who will receive back pay once Congress funds the federal government.

Barton defended her comments Tuesday in an interview with the Arizona Capitol Times, saying the analogy was accurate because "he's dictating beyond his powers."

She told the newspaper that Hitler did more than order the massacre of millions of Jews and others he deemed inferior.

Despite the negative reaction to her comments by many, Barton says she doesn't think they were insensitive or controversial.

Updated 3:07 p.m. Tuesday to include comments made to the Arizona Capitol Times.