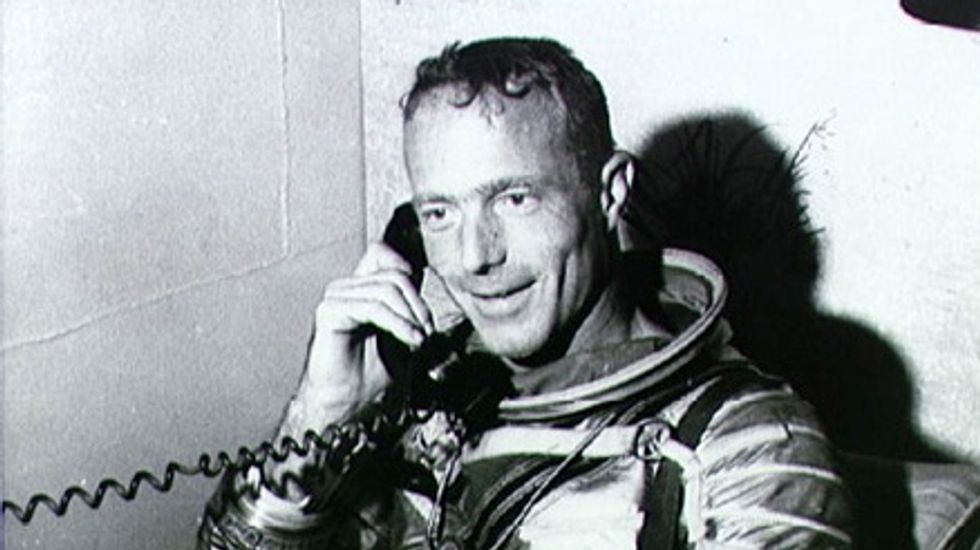 Scott Carpenter, who became the second US astronaut to orbit the Earth in 1962, as America battled with Moscow in the space race, died Thursday in Colorado aged 88, his wife said.

Carpenter, whose death leaves John Glenn as the only surviving member of America's first Project Mercury space program, had suffered a stroke and was in a Denver hospice when he died.

"He had that worldwide perspective of having seen the entire planet," she said, quoted by the the local Vail Daily newspaper.

Carpenter was chosen as one of seven Mercury astronauts in 1959 and was backup pilot for Glenn in preparation for America's first manned orbital space flight in February 1962, according to his NASA biography.

He was Glenn's link in mission control, famously exclaiming "Godspeed, John Glenn," as the Friendship 7 rocket lifted off.

Carpenter flew the second US manned orbital flight on May 24, 1962, piloting the Aurora 7 spacecraft through three revolutions of the earth, and landing in the Atlantic after nearly five hours of flight time.

America was battling to catch up with its Cold War foe the Soviet Union, which had sent Yuri Gagarin into orbit in April 1961.

Carpenter's return to Earth was not without incident: he landed some 250 miles away from his intended splash-down point, and for almost an hour NASA controllers were not sure he had survived re-entry, according to the New York Times.

Carpenter survived, and although he did not go into space again, he continued his explorations, this time going down instead of up. In 1965, he spent 30 days living and working on the ocean floor during the US Navy's SEALAB II program in the Pacific.

After retiring, he ran a scientific venture capital business focused on ocean resources, working with famed French undersea explorer Jacques Cousteau, among others. He also worked as a spokesman for various corporations and wrote two novels.

His wife said he loved his Rocky Mountain home in Colorado.

"After space and under water, the next view for him was looking at the Gore Range," she said. "We'd stand at the top of Vail Mountain on a powder day thankful that we are lucky enough to live here."