Attacks on journalists on the rise in Brazil 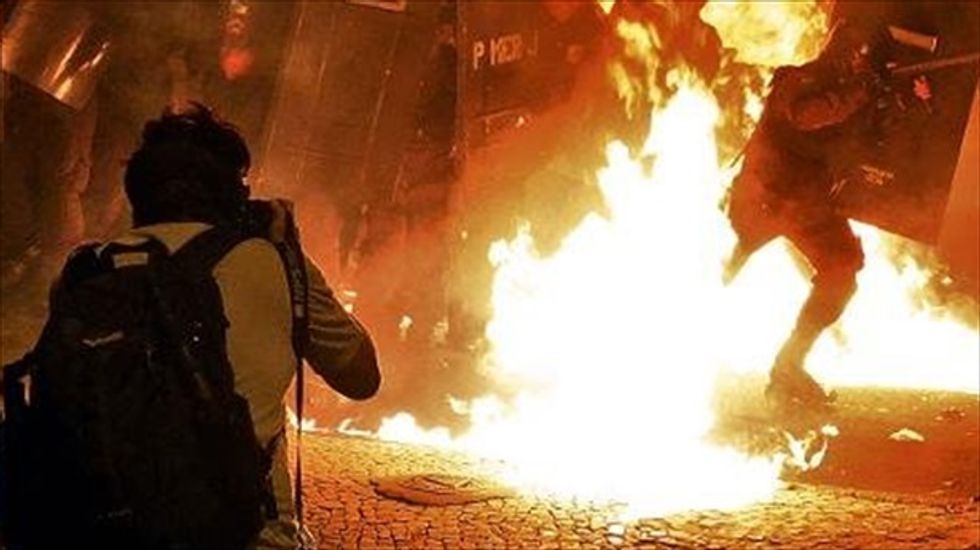 AFP photographer Yasuyoshi Chiba takes pictures moments before, according to his testimony, he was hit on the head with a baton by a riot police officer, in Rio de Janeiro, on July 22, 2013. [AFP]

"This is one of the most violent years for the press in this country," Daniel Slaviero, president of the Brazilian Association of Radio and Television Broadcasters (ABERT), said as he unveiled a report on the assaults against journalists.

So far this year, five reporters have been killed in the country, compared with six in 2012, according to ABERT.

And 136 cases of anti-press violence were recorded, compared with 51 for the whole of 2012, it added.

Most of the assaults occurred during the mass demonstrations that brought more than one million angry Brazilians onto the streets in June.

Slaviero blamed the increased violence on a minority of press opponents and on police who not cracked down on demonstrators but also targeted reporters covering the protests.