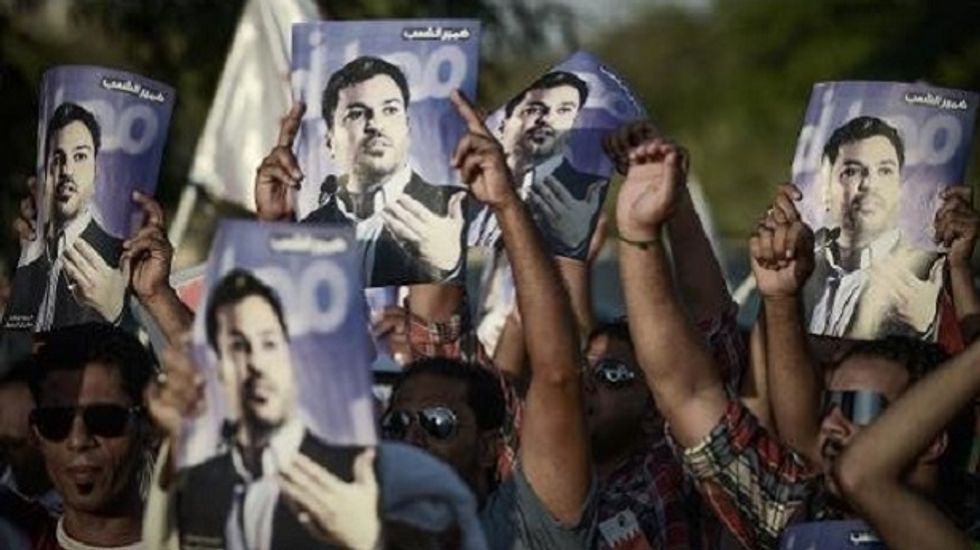 Marzooq, a senior figure in the main Al-Wefaq opposition formation who was arrested on September 17, also faces charges of "promoting acts that amount to terrorist crimes", Abdulrahman al-Sayyed said in a statement.

The prosecutor also accused Marzooq of using his position in Al-Wefaq, a legal association, to "call for crimes that are considered terror acts under the law," the statement said.

The prosecutor confronted Marzooq with his public speeches in which he allegedly supported the "principles of terror elements... especially the terrorist group named the February 14 Coalition, which he openly supported," the statement said.

It said that Marzooq had raised the flag of the clandestine group at a public rally after it was handed to him by a masked man.

Last Sunday a court sentenced 50 Shiites including a top Iraqi cleric, to up to 15 years in jail for forming the February 14 Coalition, which is blamed for most of the confrontations between security forces and members of the Shiite majority.

Marzooq was deputy speaker in the 40-member parliament of the Sunni-ruled monarchy before 18 MPs from the influential Al-Wefaq walked out in February 2011 in protest over violence against demonstrators.

At least 89 people have been killed in Bahrain since Arab Spring-inspired pro-democracy protests erupted in February 2011, according to the International Federation for Human Rights.

Bahrain, a strategic archipelago just across the Gulf from Iran, is the home base of the US Fifth Fleet and Washington is a long-standing ally of the ruling Al-Khalifa dynasty.