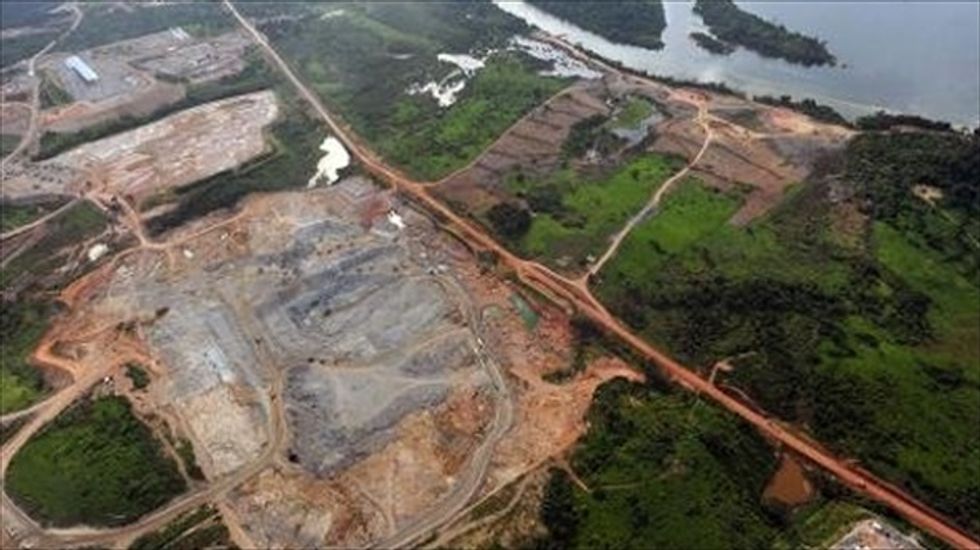 An aerial view of the first stage of the Belo Monte Hydroelectric Plant dam construction, in a site named Power House on the Xingu River near Altamira, Para state, Brazil. [AFP]

A Brazilian judge has ordered that work on the controversial Belo Monte dam in the Amazon be halted on grounds that environmental commitments were not met, the court said Monday.

A spokesman for the Federal Court in Brasilia said Judge Antonio Souza issued the ruling Friday, suspending the project's environmental license as well work at the dam, located in the northern state of Para, following objections from state prosecutors

The judge said the license was granted on condition that the environmental commitments be honored.

The ruling also means that Brazil's BNDES development bank, which is bankrolling the project, is barred from disbursing funds until the commitments are met.

"We are not against the country's development. But we say that the law must be applied," said Para prosecutor Thais Santi.

Norte Energia, the consortium in charge of the construction work, told AFP it had yet to be notified of the court's decision.

It insisted that it was "rigorously complying with its obligations and commitments."

Indigenous groups fear the dam across the Xingu River, a tributary of the Amazon, will harm their way of life. Environmentalists have warned of deforestation, greenhouse gas emissions and irreparable damage to the ecosystem.

Belo Monte, a $13 billion project aiming to produce 11,000 megawatts of electricity, is expected to flood a 500-square-kilometer (200-square-mile) area, displacing 16,000 people, according to the government.

It would be the third-biggest dam in the world,after China's Three Gorges and Brazil's Itaipu in the south.