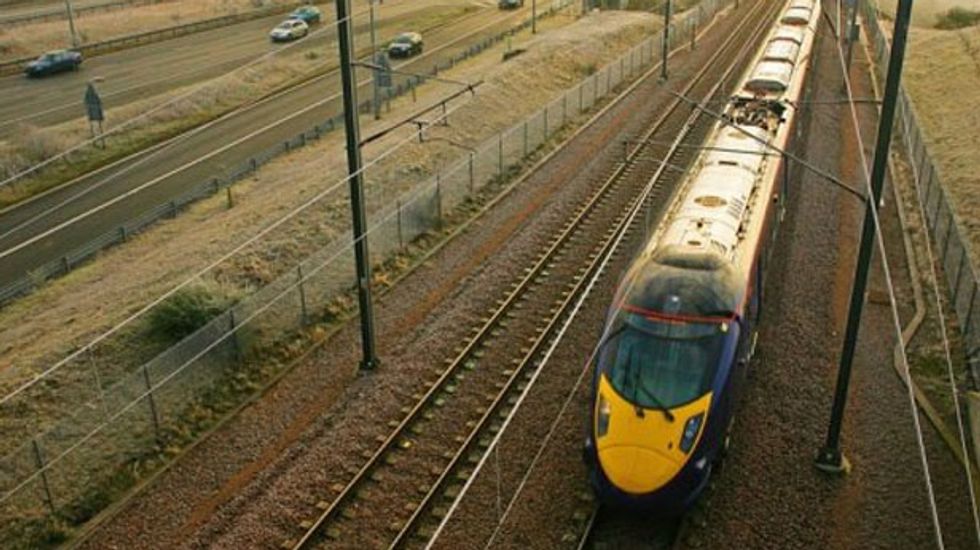 The predicted economic benefits of the controversial HS2 high-speed rail project are less than originally forecast, a new business case for the line published Tuesday says.

For every pound spent on the proposed line from London to Birmingham and the north, the scheme's wider economic benefit will be two pounds 30 pence.

This compares with two pounds 50 pence estimated in the last official appraisal in August 2012.

HS2 is predicted to cost 50 billion pounds and would run between London and Birmingham from 2026.

A second, Y-shaped route would later connect Manchester and Leeds from 2033.

The new figure emerged as the government body responsible for developing the project published a new strategic case for HS2.

HS2 Ltd said the new figure was partly based on a lowering of the estimated time savings made by business travellers due to "new data" on the amount of work they do while travelling.

"The values we now use for business travel time savings in the HS2 appraisal are almost one third lower than previous appraisals," it said in the new strategy document.

HS2 Ltd and the government remain supportive of the project in the face of increasing questions from Labour over its cost.

Transport Secretary Patrick McLoughlin argues in a foreword to the study that without HS2, the existing West Coast, East Coast and Midland Main Lines "are likely to be overwhelmed."

"With it, we will transform intercity travel, radically improve commuter services into London and our other major cities and increase the amount of rail freight.

"These transport improvements will help support economic growth and make a major contribution towards rebalancing the economy."

McCoughlin said the project was about to move to a significant new phase with the introduction to parliament of a "hybrid bill" that if passed could ultimately grant permission for the construction of the first phase of the new railway.

The bill "will be the subject of intense scrutiny taking over a year," McCoughlin added.

Shadow transport secretary Mary Creagh said the party supported HS2 but added: "We cannot give a Ggvernment that is mismanaging this, or any project, a blank cheque.

"Our message to David Cameron is clear. Get a grip on this project, get control of the budget and get it back on track."