Brothers in arms as long as they carry the arms 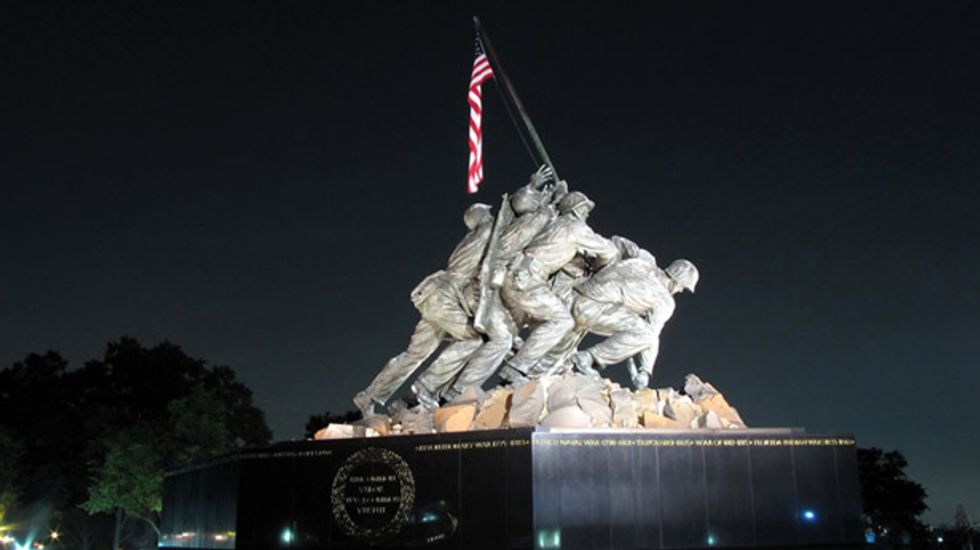 According to the Shut It Down & Burn It To The Ground members of the House and their online cheerleaders, who has had it the worst due to the  - let's call it "unintended consequences" - of  saying : "Government! hunh! What is is good for? Absolutely nothing!" ?

---Poor women and children at risk of losing nutritional programs?

On Tuesday, the government stopped funding the Special Supplemental Nutrition Program for Women, Infants and Children, known as WIC.

Over 8.9 million moms and kids under five living near or below the poverty line rely on the program’s supplemental vouchers for healthy food, breastfeeding support, infant formula and other necessities dispensed at clinics nationwide.

The USDA estimates that most states will be able to continue WIC operations as usual for “a week or so” before running out of money. The department’s Food and Nutrition Service has a contingency fund of only $125 million available for this $7 billion annual appropriation.

Abbey Whetzel has a 12-year-old son named Sam who has been at the National Institutes of Health Clinical Center in Maryland for over a month. He has leukemia that is no longer treatable. And in this difficult time, one source of joy has been the therapy dogs that come to visit the sick kids.

"They can only come once a week, but it's the highlight of Sam's week," says Whetzel. But this week, she says, her son got some bad news. "They came and stopped in, and told Sam that the therapy dog wouldn't be coming because of the government shutdown."

"He was disappointed," Whetzel says. "He really looks forward to the dogs coming. He has a special fondness for the little dogs that can come and just sit on his bed and lie down and curl up with him."

Going without a therapy dog was hard. But Whetzel knows that for some families, the shutdown is even harder.

The following headquarters staffs performing the central program guidance, coordination, direction and planning functions described will be furloughed except as minimally required in direct support of Agency field operations:

The real losers are the tour groups of veterans who have come to Washington DC to pay their respects before its many monuments erected to celebrate American greatness and self sacrifice ... as long as that greatness and self sacrifice doesn't include feeding the poor or providing for adequate health care, if you are to believe their conservative patrons who have taken up the cause of "If this is Tuesday, this must be the Vietnam wall" tourism.  And what better way to show America that you are fighting The Good Fight than to show up at the memorials for a photo-op:

“I’m Congresswoman Michele Bachmann, from Minnesota,” says Bachmann. “We’d like to know: Would you like to go in and visit the memorial? There’s going to be a lot of World War II vets here today—would you like to join them?”

The cameras descend and notepads circle as Bachmann explains the situation.

“Because of the government shutdown, these barriers are up, so we just want to make sure they get out of the way,” she says.

“Why do they have the barriers set up today?” asks Morgan.

“Well, the government shut down the night before last,” Bachmann says.

“Ohhhh!” says Morgan, politely. His eyes well up as he talks about how he and his brothers wouldn’t have won the war and come home safely “if people back here hadn’t prayed for us.”[...]

There can be no heckling at the memorial. It’s a sanctuary, a place that Republicans can turn into a sort of theme park—Veteranland. When anyone heckles them, they can ask for some respect and point out that they reacted to the horrible “optics” of a closed World War II Memorial by trying to pass a small funding bill that would open the parks. Democrats blocked it, because they want to open the parks with a full continuing resolution. There go the Democrats’ plans of making Republicans look like shutdown ghouls. As polite people tell Klar to go away, Colorado Rep. Doug Lamborn arrives, and a staffer nudges him to get in a shot behind Morgan.

Not content to merely closely ally themselves with the vets (via photobombing their memorial visit) conservative bloggers have been enlisted to crank up the plucky veterans heroic hype machine because, I don't know, maybe there's going to be a medal in it for themselves or something. Here is William Jacobson ( hero of The War on Fancy Mustard and Elizabeth Warren's Trail of Tears describing The Battle Of The Vietnam Memorial with the headline of:

...and the actual accompanying photo (click to enlarge) with his caption:

Obviously this is Barack Obama's Dien Bien Phu and he should just resign and take his communist Obamacare with him because: Game over, man, Game over!