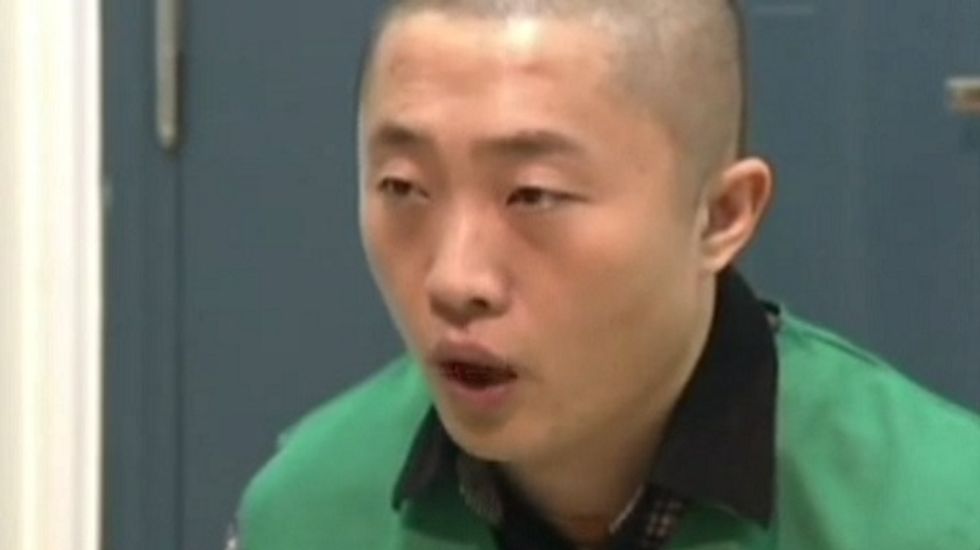 A Chinese journalist arrested over a series of articles criticizing a partly state-owned firm appeared on public television Saturday to apologize, with state media saying he admitted the articles were "unverified and false".

Chen Yongzhou's newspaper, the New Express, made headlines around the world earlier in the week when it ran a rare front-page appeal for his release and said it stood by the reports, but was not immediately available to comment on his apology.

Appearing on Chinese state broadcaster CCTV on Saturday, Chen, wearing a green prison uniform, looked into the camera as he apologized to Zoomlion, the firm targeted in his articles.

"I'm willing to admit my guilt and to show repentance. I offer sincere apologies to Zoomlion, which has suffered a loss, to the public trust of the news industry as well as to my family who all suffered. For the shareholders of Zoomlion... I apologize too," he said.

The admission was met with skepticism on Weibo, the Chinese version of Twitter, with one user named Zhuiliu saying: "It's the trend now to confess on TV without a trial or seeing a lawyer."

Another commentator, using the handle Shi Shusi, said: "There is a strong law to safeguard companies, but not one for the media."

A third wrote: "CCTV has become a private court!"

Chen was detained last Friday on "suspicion of damaging business reputation" after he wrote a series of articles on "financial problems" at Zoomlion, a partly state-owned construction machinery manufacturer.

The New Express on Wednesday ran a full-page editorial on its front page to call for Chen's release, a rare example of media defying authorities that drew an outpouring of sympathy and support online.

Official state news agency Xinhua said that Chen had admitted to "having released unverified and untrue stories about a company for money and fame and expressed his apology", citing police. It said that he had acted "at the request of others" without elaborating.

"I did this mainly because I hankered after money and fame. I've been used. I've realized my wrongdoing. I've violated the ethics of journalism," it quoted him as saying.

"I've been reflecting a lot on how these things happened. I am probably not the only one in today's press world (to commit this kind of practice), and the entire news industry should take this as a lesson."

In his published articles, Chen accused Zoomlion of providing fraudulent accounting figures such as inflated profit data, and of a suspicious management buyout that caused "losses to state assets".

Zoomlion is about 20 percent owned by the state, and is listed on the Hong Kong and Shenzhen stock exchanges with a total market capitalization of more than $8 billion.

But New Express said that they had reviewed Chen's articles and found no significant errors.

"We have always thought that as long as we report in a responsible way, there would be no problem," it said in its editorial defending Chen.

China's General Administration of Press and Publication, Radio, Film and Television (GAPPRFT) -- a key part of Beijing's mechanisms to control the media -- said it was "highly concerned" by Chen's detention.

The authorities have launched a broad crackdown on "online rumors", with a recent rule saying that Internet users could face three years in prison for writing defamatory messages that are then re-posted 500 times.

The case comes amid a wide anti-corruption drive in China, which has already claimed the scalps of Bo Xilai, one of the ruling Communist party's top-ranking politicians, Jiang Jiemin, who once oversaw state-owned firms, and Liu Tienan, previously the deputy director of China's National Development and Reform Commission.