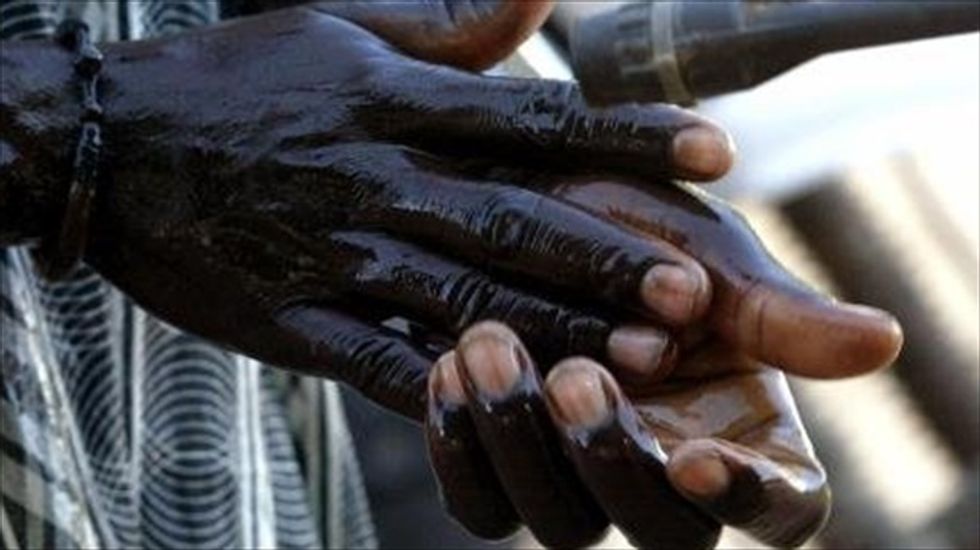 A man gets his hands disinfected after bringing a patient to a medical center. [AFP]

"Over 96 persons have been infected by cholera and hospitalised... while nine persons have lost their lives as a result of the outbreak of the disease," state epidemiologist, Raymond Yuryit, told journalists.

This brings to almost 70 the number of people who have died of cholera recently in three Nigerian states.

The disease killed 50 people in the northwestern state of Zamfara over the past 10 days, officials said Monday.

Choleras has claimed thousands of lives across the west African country country since 2010.

Namu, a border village between Plateau and Nasarawa states, hosts more than 7,000 people who were displaced by recent ethnic clashes.

Yuryit, a physician, said overcrowding and insalubrious conditions were to blame for the outbreak.

Cholera, a highly contagious intestinal infection, is transmitted by water soiled by human waste. The disease leads to diarrhoea, dehydration and death if untreated.

Nigeria suffered cholera epidemics during the rainy seasons of 2010 and 2011, with nearly 2,000 people killed over two years.

While 2012 saw few reported infections, health officials warn that Nigeria remains vulnerable to further outbreaks because of its high population density and poor sanitation in many areas.

Outbreaks are most common during the rainy season, which roughly runs from April to October.