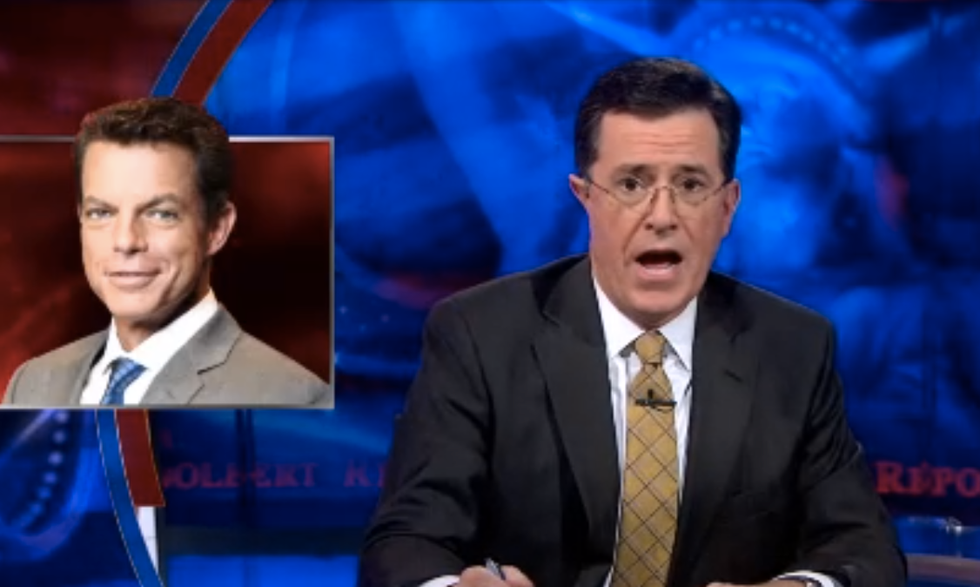 On Thursday's edition of "The Colbert Report," host Stephen Colbert mocked the new "Fox News Deck," the touch-screen filled media center that the channel gave itself to celebrate its 17th year on the air.

In troubled times like these, said Colbert at the beginning of the segment, we turn to our heroes and role models for guidance. In this instance, Colbert said, he revealed that no one has been as inspiring to him as Fox News anchor Shep Smith.

"Keen-eyed viewers," Colbert noted, have noticed that Smith had been absent from the Fox schedule for the last month. Where did he go?

"To the future of news!" revealed Colbert, the Fox News Deck.

In celebration of the Fox News Channel's 17 years of broadcasting, the network has built a new media center filled with giant Microsoft touch-screen computers and a bevy of operators.

"This is the new hub for breaking news coverage for all the Fox News Channel," said Smith in video from the Deck.

"Yes, the Fox News Deck," Colbert said. "It's like Star Trek's holodeck. It feels like you're surrounded by news, but it's all an illusion."