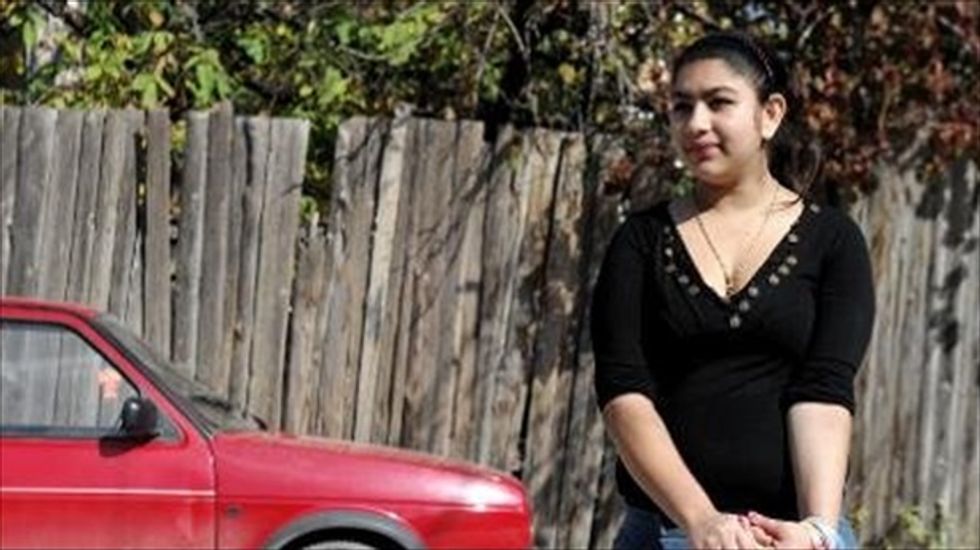 Leonarda Dibrani, the 15 year-old Roma schoolgirl whose deportation from France sparked a huge outcry, poses for a picture outside her temporary home in Mitrovica on Oct. 20, 2013. [AFP]

A Roma schoolgirl whose deportation to Kosovo caused an outcry in France on Monday begged the government to allow her to return with her family.

French President Francois Hollande said on Saturday Leonarda Dibrani could go back to France to continue her schooling after she was deported to Kosovo, but she has refused to return without her family.

"France should accept us back. I beg it to allow us back as soon as possible because our home is not here," the 15-year-old told AFP in Kosovo.

Neither Leonarda, her mother or her five siblings were born in the former Serbian province, which proclaimed independence from Belgrade in 2008. They were all born in Italy and only her father, Resat, is of Kosovan origin.

He has admitted lying about his family's Kosovo origins and providing a forged marriage certificate to try to win asylum in France.

The deportation of Leonarda and her family from France after being denied asylum touched off mass student protests around the country, demanding that the Dibranis be allowed to return.

Resat Dibrani said the French president had "made a mistake refusing to let us return".

"But he is a father too. He is our president as well and he will be even greater politician if he admits the mistake and accepts to get us back," he said.