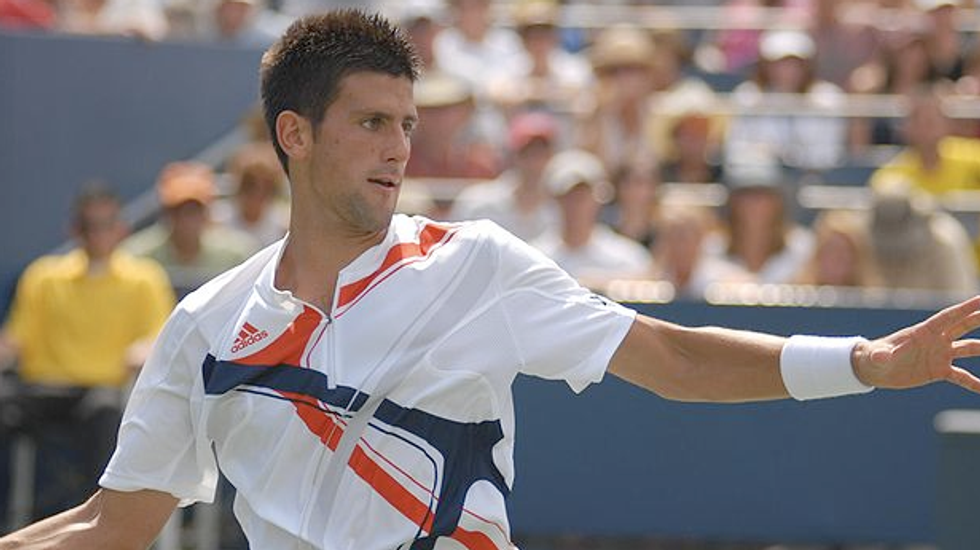 Top-ranked Novak Djokovic says it will be at least five years before Asia can produce a top-ranking men's player, and greater support for emerging players is the key.

Only one Asian is currently among the men's top 40, number 13-ranked Kei Nishikori from Japan, and he has trained in the United States since the age of 14 and is based there.

Women's tennis in Asia has been boosted by the emergence of Li Na, who has pioneered the sport in China due to her huge popularity as a 2011 French Open winner.

But the world number five remains the only singles Grand Slam winner from Asia, and Djokovic said more Asian stars are needed in men's tournaments to raise awareness of the sport.

"First we have to see Asian players more coming towards the top of men's tennis," he told reporters in Beijing Tuesday after winning his opening match at the China Open against Czech Lukas Rosol 6-0, 6-3.

"With bigger support and awareness about tennis, I think you can expect better results."

But he said Asia was still a long way from producing a player who could be "dominant".

"That is not realistic for Asian players at this moment because they haven't had any big success in Grand Slams," he said.

"In the next five years I don't see it happening, but, you know, maybe I'm wrong."

Djokovic also said a "kind of a system that can support the sport in this part of the world" was needed that would invest money and expertise into emerging players.

Tennis's development in China has been helped by the popularity of global stars such as Djokovic. The Serb's nickname among his Chinese fans is 'Little D', or 'Xiao De' in Mandarin, and he has almost 1,200,000 followers on Sina Weibo, a Chinese Twitter equivalent.

The current China Open champion also won praise for his involvement in a charity exhibition match with Li at the start of the tournament last week.

The pair traded shots as well as light-hearted banter across the nets during the session, and Djokovic delighted the crowd by speaking Mandarin and writing his name in Chinese for the television cameras.

Following his first-round victory, Djokovic praised the China Open, and the Shanghai Masters, which is played immediately afterwards, as being among the "best tournaments in the world."

Chinese player Wu Di, who is ranked 243rd in the world, said the high-profile tournaments had helped the development of domestic players.

But Wu, who made history in January when he became the first Chinese man to play a Grand Slam tournament at the Australian Open, said homegrown stars are far from being world-beaters.

"They (the tournaments) have given us a lot of opportunities where we can play the match with the top-level players in the world," he said after crashing out in Beijing to eighth seed American John Isner 5-7, 7-6 (7/4), 6-3.

"We have a huge gap with those top-level players," he added. "I know clearly we have a long way to go before we can catch up."