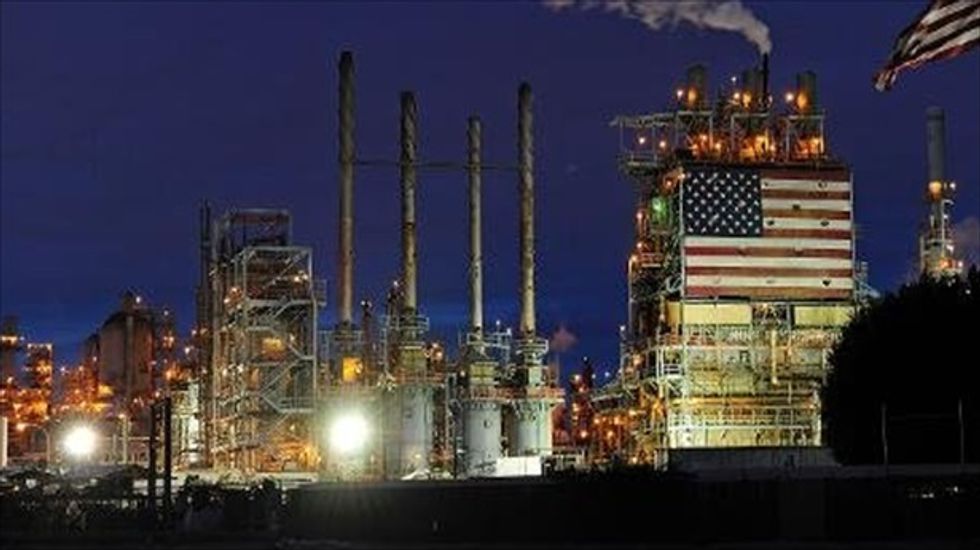 A view of the Carson refinery in Carson, California. [AFP]

The amount of harmful greenhouse gas pollution spewed into the atmosphere by large US power plants has declined 10 percent since 2010, the U.S. government said Wednesday.

The results came from the third year of carbon pollution emissions data that the Environmental Protection Agency collects from nearly 8,000 facilities including power plants, oil refineries and steel mills.

In all, these operations, which make up 85 to 90 percent of total US greenhouse gas production, reported direct carbon emissions of 3.13 billion metric tons in 2012.

The change in power plant emissions represents a 10 percent decline over 2010 "due to a switch from coal to natural gas for electricity generation and a slight decrease in electricity production," the EPA said in a statement.

"Fossil-fuel fired power plants remain the largest source of US greenhouse gas emissions," said the EPA, noting that just under 1,600 facilities emitted over two billion metric tons of carbon dioxide, or 40 percent of the US total, in 2012.

The EPA mandate to report on greenhouse gases from US sources that emit 25,000 metric tons or more of carbon dioxide per year began under President Barack Obama in 2009.