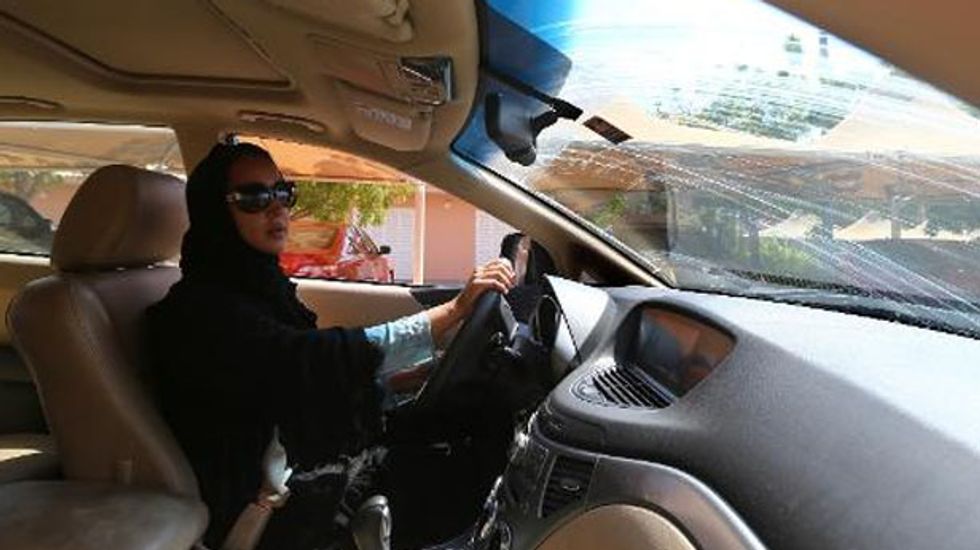 Activists pressing to end Saudi Arabia's ban on women driving have dropped plans for a "drive-in" Saturday after threats of legal action and have opted instead for an open-ended campaign.

"Out of caution and respect for the interior ministry's warnings... we are asking women not to drive tomorrow and to change the initiative from an October 26 campaign to an open driving campaign," activist Najla al-Hariri told AFP Friday.

Several women said they had received telephone calls from the ministry, which openly warned on Thursday of measures against activists who chose to participate and asked them to promise not to drive on Saturday.

Ministry spokesman General Mansur al-Turki told AFP: "It is known that women in Saudi are banned from driving and laws will be applied against violators and those who demonstrate in support" of this cause.

On Wednesday, the ministry said it would crack down against anyone who attempts to "disturb public peace" by congregating or marching "under the pretext of an alleged day of female driving."

In remarks to the Al-Hayat daily published Friday, Turki even warned against supporting the campaign online.

When asked what would happen to those who did, Turki said legal measures will be taken "against whoever violates the anti-cyber crimes law," an offence punishable by up to five years in prison in the kingdom.

Among clerics, many of whom are strongly against women driving in the ultra-conservative kingdom, one echoed those warnings on Friday.

In a weekly sermon at the Grand Mosque in Mecca, Sheikh Osama al-Khayat warned against "raising slogans carrying demands that could threaten social peace and... cause sedition" to the benefit of "enemies."

Activists have repeatedly insisted that no demonstrations will be held in the ultra-conservative absolute monarchy, which officially bans public gatherings.

A campaign website where an online petition had amassed more than 16,000 signatures since September before authorities blocked it two weeks later, was hacked on Friday.

"Drop the leadership of Saudi women," read a cryptic message in English message posted on the website http://www.oct26driving.com.

Amnesty International denounced the threats, while Human Rights Watch called for an end to discrimination.

Said Boumedouha, Amnesty's acting Middle East and North Africa programme director, accused the authorities in a statement of using "the excuse that society at large is behind the ban and claim that the law does not discriminate against women" as "they continue to harass and intimidate women activists."

?This has included phone call and online threats, arbitrary travel bans and detentions, forcing activists and their family members to sign pledges not to drive and using the state-controlled media to discredit activists."

London-based Amnesty said "the ban and the ongoing scare tactics to maintain it are out of step with the modern world, and characteristic of the wider discrimination that crushes women?s freedom and besmirches the kingdom?s reputation.?

And the UN Human Rights Council urged Saudi Arabia to end discrimination against women, among other rights abuses.

Referring to Saturday, blogger Eman Nafjan said "the date was only symbolic, and women have begun driving before and will continue to drive after October 26."

Over the past two weeks, videos posted online have shown women already driving in Saudi Arabia.

Women who have defied the law in the past have run into trouble with the authorities.

In 1990, authorities stopped 47 women who got behind the wheel in a demonstration against the driving ban

In 2011, activist Manal al-Sharif, one of the organisers of this Saturday's campaign, was arrested and held nine days for posting online a video of herself behind the wheel.

That year Saudi police arrested a number of women who defied the driving ban and forced them to sign a pledge not to drive again.

Saudi women are forced to cover from head to toe and need permission from a male guardian to travel, work and marry.