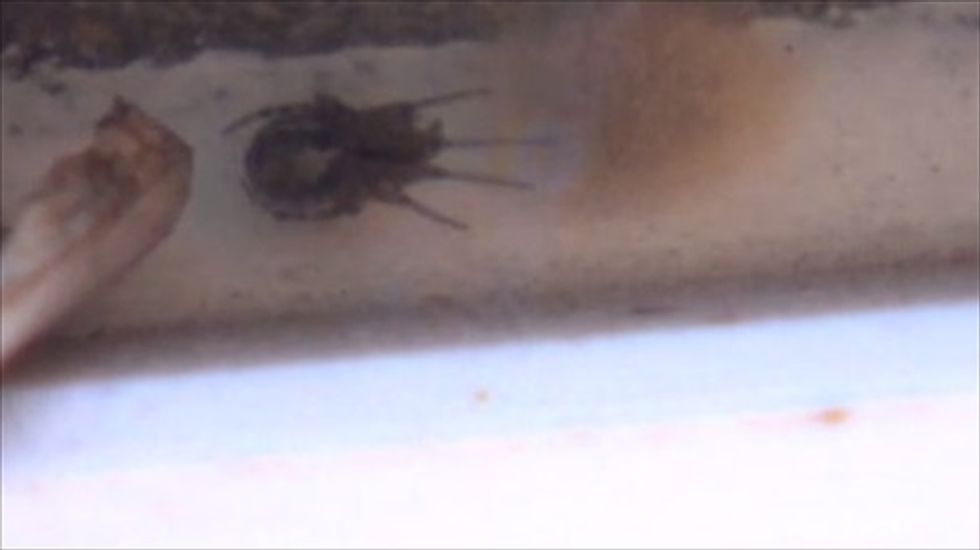 An invasion of venomous spiders forced British authorities Wednesday to close a school in southern England, amid warnings climate change has boosted numbers of the arachnids.

Britain has this year seen a huge increase in numbers of the false widow (Steatoda nobilis), whose bite can cause severe swelling and chest pains.

No deaths have been recorded in Britain so far from the spiders, which have a distinctive cream marking on their large abdomen.

The school said the spiders were first discovered in its technology block on Tuesday, but after it was fumigated they surfaced elsewhere so they had to close the entire premises.

"Please accept my sincere apologies for any inconvenience this may cause you but I'm sure you will understand that this is in the best interest of students' health and safety," vice principal Craig Burns said in a letter to parents.

False widow spiders are thought to have been introduced to Britain from the Canary Isles in the 1870s.

Colonies have been established in southern England for over a century, with repeated reintroductions in imports of bananas, according to Britain's National History Museum.

But John Tweddle, an expert at the museum, said populations appeared to be increasing and spreading, most likely as a response to global warming.

He added that bites were rare and that the species was not normally aggressive.

Watch footage of the "False Widows," published by the Associated Press on Wednesday, below.