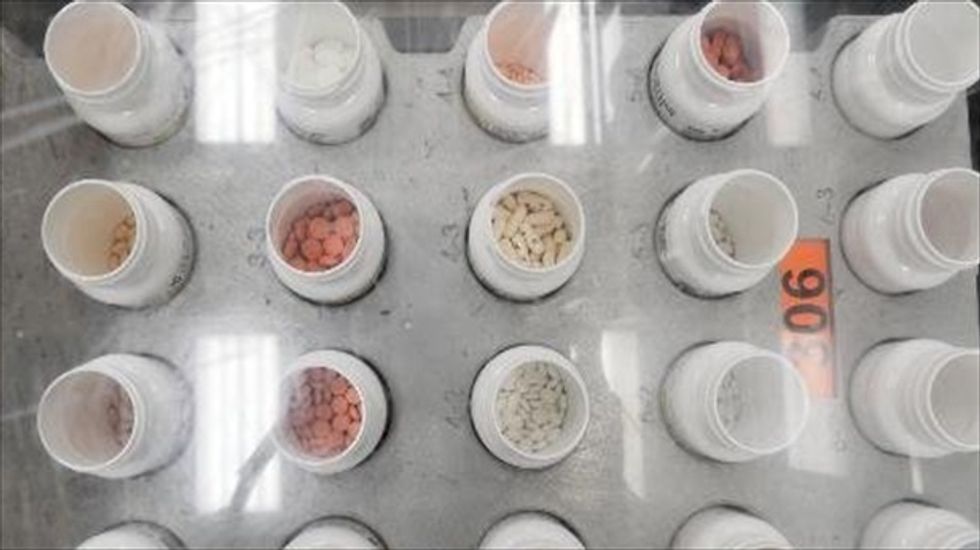 Bottles of prescription pills go through an automated packaging machine at a pharmacy plant in Willingboro, New Jersey. [AFP]

The U.S. Food and Drug Administration recommended tighter controls on how doctors prescribe the most commonly used narcotic painkillers, in a bid to stop abuse.

The move would allow widely abused opioid analgesic drugs containing the narcotic hydrocodone to be controlled strictly as powerful painkillers such as OxyContin.

In announcing its decision on Thursday, the FDA said it had become "increasingly concerned about the abuse and misuse of opioid products, which have sadly reached epidemic proportions in certain parts of the United States."

Janet Woodcock, who heads the agency's center for drug evaluation and research, said the FDA plans to submit its formal recommendation by early December to reclassify painkillers containing hydrocodone as "Schedule II" medications, up from their current "Schedule III" classification.

"We are announcing the agency's intent to recommend to HHS (Health and Human Services) that hydrocodone combination products should be reclassified to a different and more restrictive schedule," she said in a statement.

"This determination comes after a thorough and careful analysis of extensive scientific literature, review of hundreds of public comments on the issue and several public meetings, during which we received input from a wide range of stakeholders, including patients, health care providers, outside experts and other government entities."

The Drug Enforcement Administration had been seeking the measure, and formally requested the change in 2009.

In 2011, doctors wrote about 131 million prescriptions for hydrocodone-containing medications for around 47 million patients, according to government figures.

Overseen by the FDA and the DEA, the scheduling system ranks drugs based on their medical use, potential for abuse and international treaties, among other criteria.

Schedule II drugs have the highest potential for abuse and addiction that can be legally prescribed.

Drugs in this category include cocaine when used as a topical anesthetic to treat cancer, morphine and attention-deficit hyperactivity disorder (ADHD) medications Adderall and Ritalin.

The proposed change would bar patients from refilling their prescriptions without seeing a doctor.

There are a total of five different categories of controlled substances.