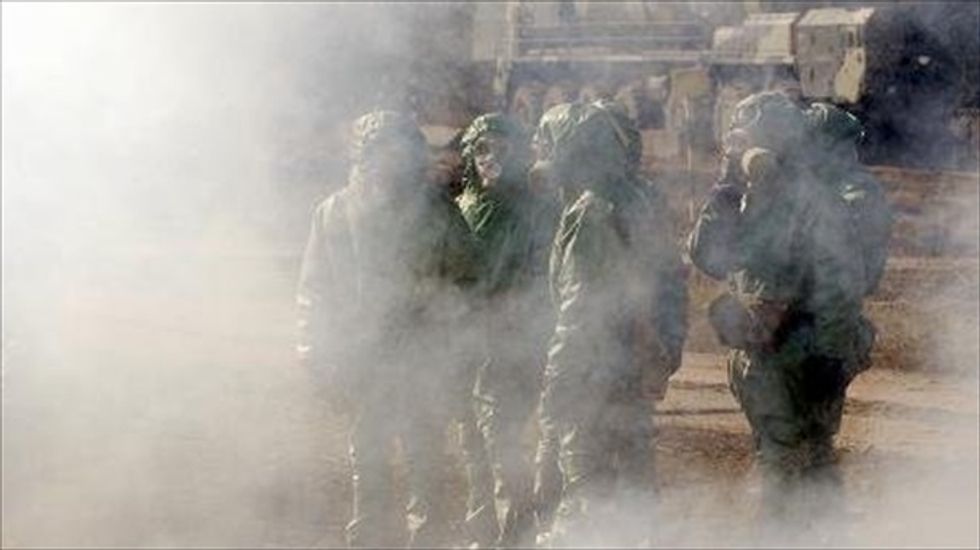 Russian soldiers next to a model of a Russian Topol missile during a training session at the Serpukhov's military missile forces research institute some 100km outside Moscow. [AFP]

Uranium fuel from 20,000 disarmed Russian warheads are generating about half of US nuclear power in a spinoff from a landmark disarmament accord, a top US official said Wednesday.

But the deal under which 500 tonnes of Russian weapons-grade uranium has been used to light and heat American homes will end next month because Russia believes its former Cold War rival has been getting energy on the cheap.

Rose Gottemoeller, U.S. under secretary of state for arms control, told a UN committee the 1993 accord was a disarmament success.

Arms control experts call it the "megatons-to-megawatts" deal and hail the accord as a little known but important example of the United States and Russia pressing disarmament.

Signed after the collapse of the Soviet Union, the deal was concluded as the two countries sought ways to get rid of warheads under their 1991 Strategic Arms Reduction Treaty.

The weapons level uranium is downgraded in Russia and the low enriched product "is delivered to the United States, fabricated into nuclear fuel and used by nearly all US nuclear power plants to generate half of the nuclear energy in the United States," Gottemoeller said.

"Approximately 20,000 nuclear warheads have been eliminated under this unique government-industry partnership," Gottemoeller told the UN committee.

Over the past 15 years, the Russian uranium fuel has accounted for about 10% of all electricity produced in United States, she added.

The 500 tonnes of uranium traded is the equivalent of about 10 billion barrels of oil, according to experts. A smaller amount of uranium from disarmed American weapons is also used to generate power.

US officials will go to St Petersburg in November to mark the loading of the final Russian containers which should arrive in the United States in December, Gottemoeller said.

"We look forward to celebrating this historic achievement," she said.

The United States tried to extend the accord, but Russia refused saying the price was too low, diplomats said.

The United States has paid about $8 billion dollars for the uranium already supplied, according to USEC, the US government corporation set up to provide uranium fuel to American power producers.

"The Russians told us several years ago that they would not be extending the contract," Jeremy Derryberry, a USEC spokesman, told AFP.

USEC and Russian concern Technsabexport, which provides the uranium, have signed a new deal under which the fuel will now be sold under a contract "based on market prices," Derryberry added.

The new contract will only provide about half of what the United States gets now from Russia however.

The new uranium will also come from commercially produced fuel rather than Russia's warheads, Derryberry said.

"It was an incredibly simple and effective way to disarm Russia and for Russia to get rid of its uranium at a time when it needed foreign money. But times change, and so does the price," commented one UN diplomat.