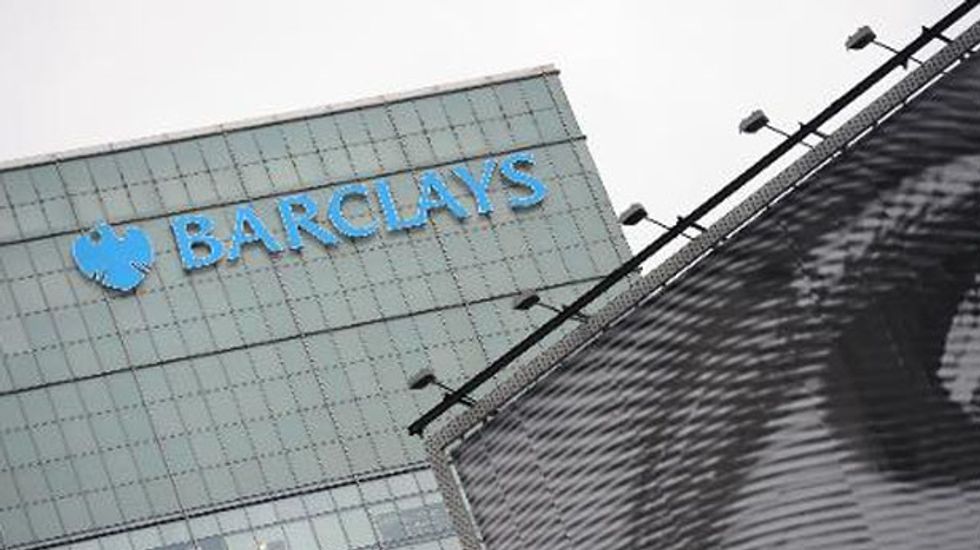 Barclays is among companies under investigation for possible manipulation of foreign exchange trading, the British bank said on Wednesday.

Barclays, which is still looking to repair its reputation following its role in the Libor interest rate-rigging scandal, said it was unable to predict the fallout of the latest worldwide probe into financial sector activity.

Deutsche Bank revealed on Tuesday that it too was being investigated over its foreign exchange trading, alongside Swiss bank UBS and Britain's state-rescued Royal Bank of Scotland which have also come forward.

Barclays said it "has received enquiries from certain ... authorities related to their particular investigations, is reviewing its foreign exchange trading covering a several year period through August 2013 and is cooperating with the relevant authorities in their investigations".

The bank added in a statement: "It is not possible at this stage for Barclays to predict the impact of these investigations on it."

RBS said Wednesday it was reviewing its foreign exchange trading practices after a report by Bloomberg that it had emailed clients with a pledge not to use information on its trades for its own trading purposes.

"The email does not reflect final policy and we are clarifying this with our clients," she said.

Britain's regulator, the Financial Conduct Authority, said earlier this month that alongside several other agencies it was investigating a number of firms relating to trading on the foreign exchange market.

Deutsche Bank revealed on Tuesday that it was co-operating with several regulators over the affair.

At the beginning of October, Switzerland?s regulators announced they had launched a probe of Swiss companies over alleged manipulation of foreign exchange markets.

The banking sector has already been shaken by a rigging scandal related to the Libor, a rate for lending between banks that also determines numerous financial and interest rate contracts around the world.

UBS was fined 1.4 billion Swiss francs (1.13 billion euros, $1.5 billion) by US, British and Swiss authorities for its role in that market manipulation.

The Libor scandal erupted last year when Barclays was fined £290 million ($466 million, 339 million euros) by British and US regulators for attempted manipulation of interbank rates between 2005 and 2009.

Royal Bank of Scotland and British broker Icap have also had to pay huge fines to British and US authorities over the Libor scandal.

The disclosure by Barclays that it is being probed over possible manipulation of foreign exchange trading came alongside news that it had made a net profit of £511 million for the three months to September 30.

That compared with a loss after tax of £183 million in the third quarter of 2012.

"While the resilience of our performance is welcome, I am not complacent, and my executive team know we must push harder in the final quarter and into 2014," chief executive Antony Jenkins said in Wednesday's statement.

Barclays shares finished up 0.9 percent at close of play in London on the benchmark FTSE 100 index on Wednesday, at 268.45 pence.