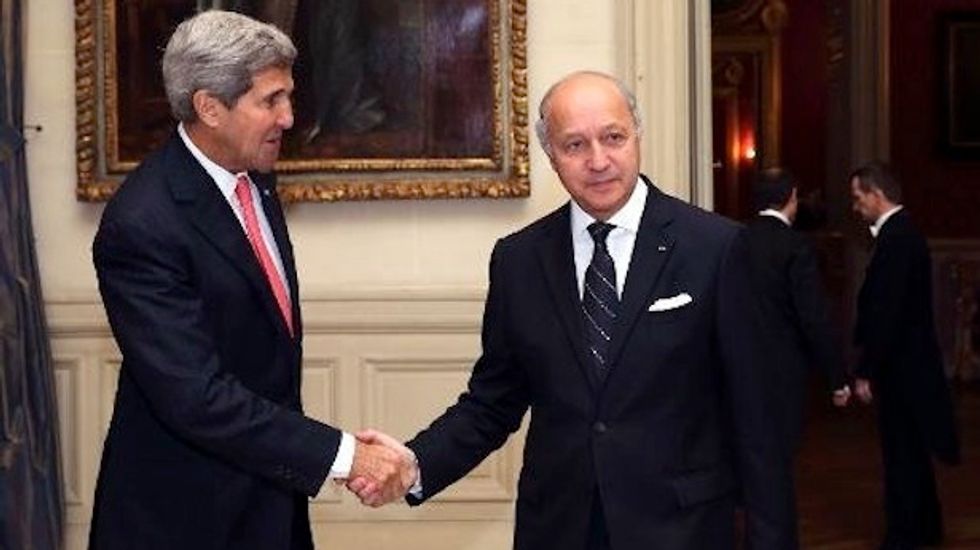 France on Tuesday formally told the United States to stop snooping on the telephone calls of French citizens but signaled it wanted to cool a row over the issue.

In a breakfast meeting with U.S. Secretary of State John Kerry, France's Foreign Minister Laurent Fabius insisted on being given a full explanation of the latest revelations about a controversial US spying programme.

"He (Fabius) repeated our demand for an explanation of spying practices which are unacceptable between partners and which must stop," a spokesman for the minister said after the brief meeting.

Despite the robust tone adopted by the foreign ministry, there were signs that Paris wants to defuse the row created by revelations in Le Monde newspaper that the U.S. National Security Agency had monitored more than 70 million phone communications in France between December 10, 2012, and January 8 this year.

Asked if France was considering any form of reprisals against the United States over the NSA's conduct, government spokeswoman Najat Vallaud-Belkacem played down the possibility.

"It is up to Foreign Minister Fabius to decide what line we take but I don't think there is any need for an escalation (of the situation)," Vallaud-Belkacem told France 2 television.

"We have to have a respectful relationship between partners, between allies. Our confidence in that has been hit but it is after all a very close, individual relationship that we have."

French President Francois Hollande told his US counterpart Barack Obama on Monday evening that the NSA's actions had been "unacceptable between friends and allies."

US officials have acknowledged that the French have a legitimate basis for complaint but described some of the reporting on the NSA program as "distorted."

Obama has already initiated a review of how the U.S. gathers intelligence with a view to addressing concerns over citizens' right to privacy, a White House statement said.

Off the record, U.S. officials have also been anxious to stress that intelligence acquired from phone monitoring can be of benefit to all of Washington's allies in fighting terrorism.