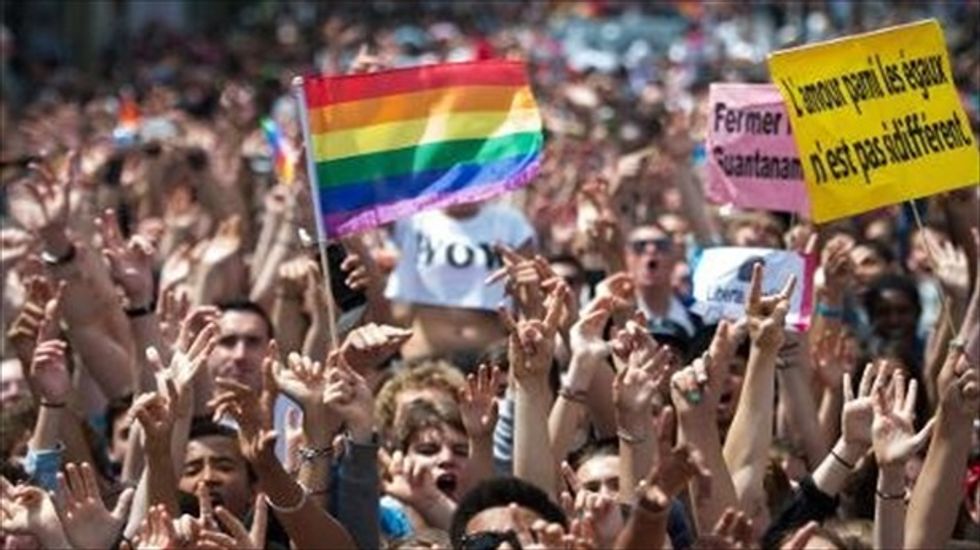 A French court on Tuesday gave the go-ahead for a Franco-Moroccan gay couple to marry, going against a government ruling that homosexuals from Morocco and 10 other countries cannot tie the knot.

France legalised same-sex marriage in May after months of intense and sometimes violent protests, and the couple -- Dominique and Mohammed -- immediately got to work planning their official union for September in the town of Jacob-Bellecombette in the Alps.

But just two days before the wedding, prosecutors in the nearby city of Chambery ruled it could not go ahead.

They cited a government circular stating that nationals from 11 countries, including Morocco, Poland and Laos, were not allowed to marry people of the same sex in France.

All 11 ban gay marriage and had signed agreements with France whereby a citizens in a binational couple must obey his or her own nation's marriage law.

But on October 11, a court in Chambery ruled that Dominique and Mohammed -- who asked for their last names not to be published -- could marry.

That court pointed to a clause in the agreement with Morocco that exempts France from having to comply with Morocco's national marriage laws if they are "obviously incompatible with public order."

An appeal lodged by prosecutors was rejected on Tuesday, a decision that could create a precedent and allow gay citizens of the 11 countries concerned to tie the knot in France.

Legalising gay marriage was an election pledge of Socialist President Francois Hollande, who faced a huge backlash from the opposition right and the powerful Catholic Church.

The first gay marriage in France was held on May 29 in the southern city of Montpellier, which has a gay-friendly reputation.

But many die-hards have continued to oppose the measure. Some mayors argue that the lack of an opt-out violates the French constitution, which stipulates that freedom of conscience is a fundamental human right.

Several have refused to conduct gay marriages on the grounds it goes against their beliefs, but on Friday, the Constitutional Council -- France's top court -- ruled they cannot do this.

One gay couple in the southwestern town of Arcangues, where the mayor repeatedly refused to marry them, has now decided to sue him for damages.