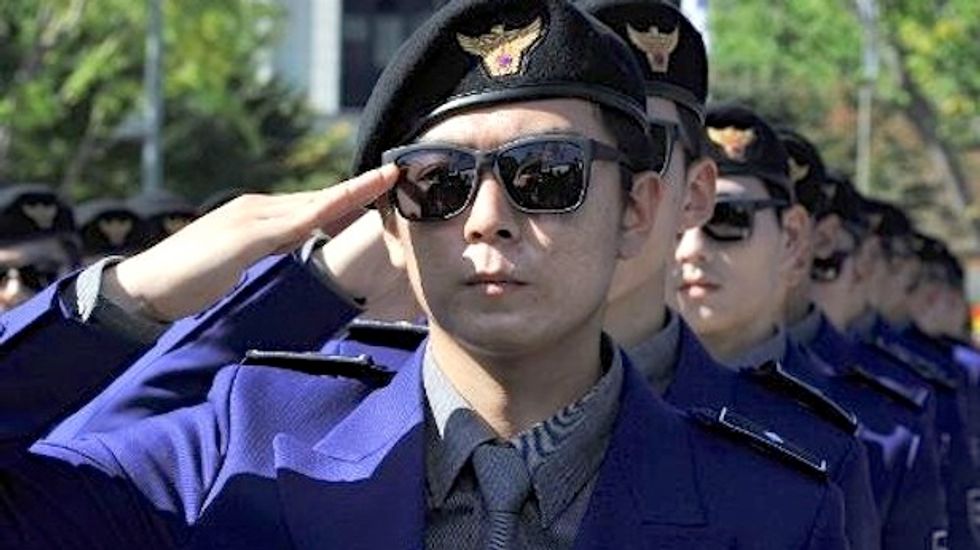 Around 100 young policemen and women make up the first batch of the new force -- formed to protect tourists from being ripped off during their stay in the South Korean capital.

The officers were handpicked for their linguistic skills, and can speak a range of languages including English, Japanese and Mandarin.

"Those who think they were overcharged by taxi drivers or street food vendors can come and talk to us. We will help settle the problem," English-speaking recruit Park Jae-Hyoung told AFP.

Each officer wears a badge denoting his language expertise on a special dark-blue uniform created by one of the costume designers for the "Gangnam Style" star Psy.

The singer's global hit was played at Wednesday's launch event, with a police drill unit performing his signature horse-riding dance.

"The tourist police wasn't created because this country is unsafe," Lee Charm, president of the Korea Tourism Organization told the new recruits.

"You are ambassadors who promote how safe this country is," he said. "From now on, you guys will be very busy having pictures taken with tourists."

The police are unarmed and are meant to summon regular officers in the event of any serious crime.

The number of foreign travelers to South Korea has steadily grown over the years and topped 10 million for the first time in 2012, partly thanks to interest sparked by the global popularity of "Gangnam Style".

The song, released a year ago, made Psy an international star, and is the most popular video of all time on YouTube with nearly 1.8 billion views.