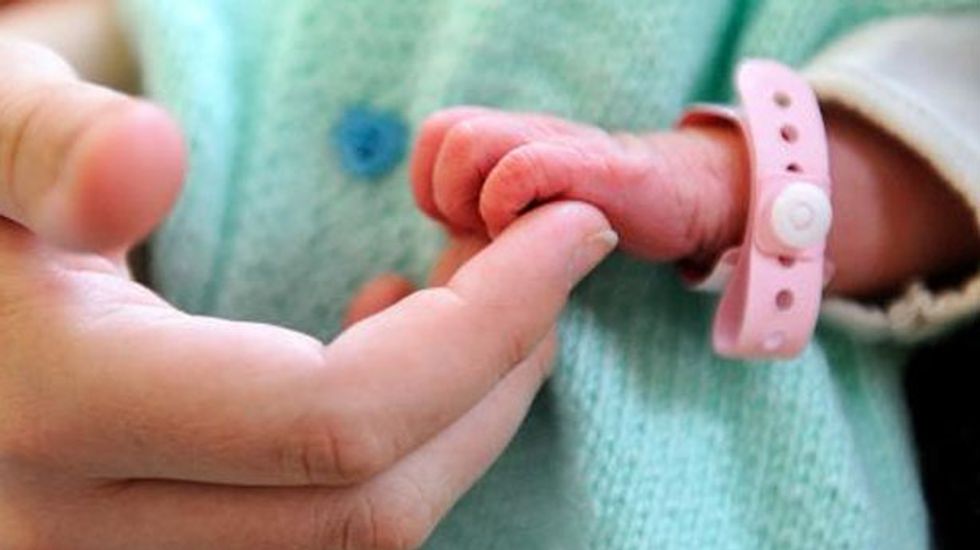 Germany on Friday will become the first European country to allow babies born with characteristics of both sexes to be registered as neither male nor female.

Parents will be allowed to leave the field for gender blank on birth certificates, effectively creating a category for indeterminate sex in the public register.

"This will be the first time that the law acknowledges that there are human beings who are neither male nor female, or are both -- people who do not fit into the traditional legal categories," University of Bremen law professor Konstanze Plett told AFP.

The change is intended to remove pressure on parents to quickly make a decision about controversial sex assignment surgeries for newborns.

But even as the law takes effect November 1, there are questions about what it will mean to live with no legal gender.

German passports, which currently bear an "M" for male or "F" for female, will soon be allowed to have an "X" in the gender field, according to a spokesman for the interior ministry.

According to Plett, a specialist in human rights for intersex people, regulations for other personal documents will need to follow suit.

"We will have fellow human beings with no sex registered," Plett said. "They can't be forced into either one of the traditional sexes in these other contexts."

Lawmakers have yet to make clear how the change will impact marriage and partnership laws.

In Germany, marriage is reserved for a man and a woman, and civil partnerships are reserved for two people of the same sex.

The law's narrow focus is targeted at parents of newborns and "is not adequate to fully resolve the complex problems of intersex people", including marriage and civil partnerships, according to the interior ministry spokesman.

A more immediate concern for intersex advocates is how children "outed" at birth will fare in a world that operates largely on a gender binary.

"Schools have toilets for boys and toilets for girls. Where will the intermediate child go?" said Silvan Agius, policy director at ILGA Europe, a lesbian, gay, bisexual, trans and intersex rights group.

"There are separate sports activities for boys and for girls, and so many other things like this," Agius said.

"The law doesn't change that. It does not immediately create a space for intersex people to be themselves."

Earlier this year Australia began allowing individuals to identify as intersex on personal documents, and added gender identity as a protected category under federal anti-discrimination laws.

The German law follows a 2012 report by the Ethics Council, an independent body of experts, concluding that people with 'Differences of Sex Development' suffer in the face of "widespread societal ignorance" and "a lack of respect on the part of the medical profession."

Personal testimony from the report quoted a subject born in 1965 with no clear gender-defining genitalia who was castrated as an infant without parental consent.

"I am neither a man nor a woman," the person said.

"I will remain the patchwork created by doctors, bruised and scarred."

Experts estimate the population of intersex people at one in 1,500 to 2,000 births. But advocates say the number is much larger partly due to difficulties in defining intersexuality physically or hormonally.

The new law has already raised the profile of this small population, which could prompt increased awareness, but, some fear, could also trigger discrimination.

"It is an absolute must that parents, teachers and doctors be educated about the lives of intersex people," said Lucie Veith, head of an intersex support group in Germany.

"The government must take measures to ensure that no children are discriminated against because of this new law."