Georgia Tech fraternity under investigation for 'luring your rapebait' email 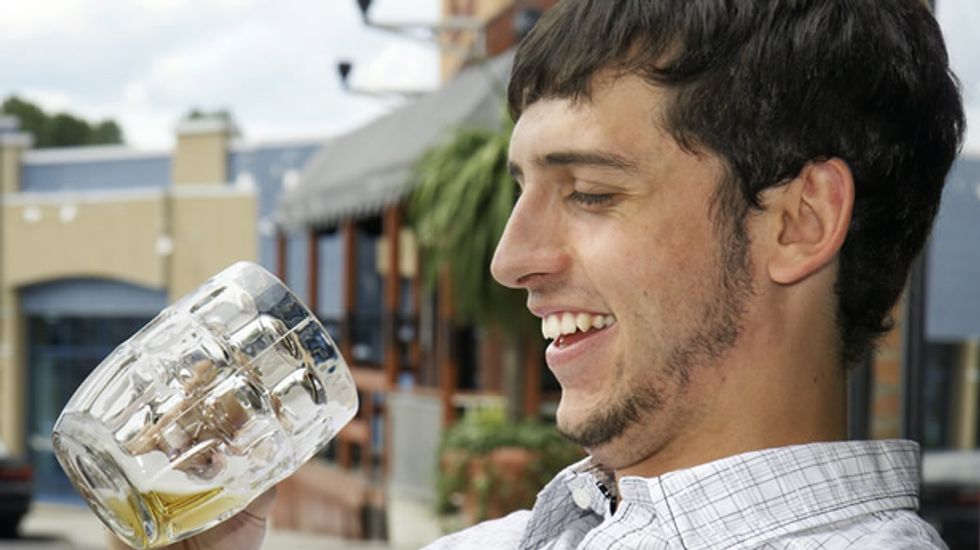 "Stock Photo: Young Man Or Student Happy To Find Out There Is Still Beer In His Glass While Sitting Outdoor On A Bar'S Terrace During An Afternoon On The Town." on Shutterstock: http://tinyurl.com/mc26j5m

Georgia Tech Phi Kappa Tau fraternity is under investigation after an email with the subject line "Luring your Rapebait" was sent out by the order's social director.

Although the email explicitly tells recipients that "NO RAPING" will be allowed, the instructions contained within the email teach "chods" and "pledge bros" how to manipulate women once they've consumed too much alcohol. If the women haven't consumed too much alcohol, it encourages them to provide more: "IF ANYTHING EVER FAILS, GO GET MORE ALCOHOL."

It also provides instructions on "how to dance":

Grab them on the hips with your 2 hands and then let them grind against your d**k. After that slowly alternate between just putting your hand across their stomach, but make sure don’t to go to high (keep it under the b**b) or too low (dont try to finger her... yet).

The social chair responsible for sending the email has been suspended, and the Phi Kappa Tau chapter put itself on probation after the contents of the email were made public.

When contacted by the Atlanta Journal-Constitution, Phi Kappa Tau's national office said "[t]he referenced email is extremely inappropriate and does not reflect the values of the Phi Kappa Tau Fraternity, Alpha Rho chapter or Georgia Institute of Technology" and that they hope to bring this matter to "a swift resolution."