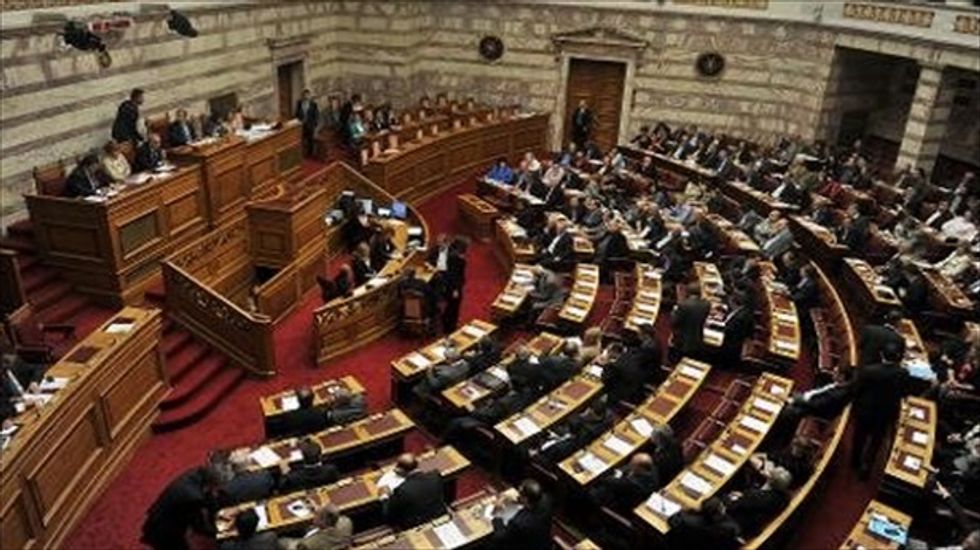 The Greek parliament late Tuesday adopted a measure suspending state aid to the neo-Nazi Golden Dawn party, after six of its lawmakers faced charges of constituting or belonging to a criminal organisation.

The measure was adopted by 235 votes out of 300 in the assembly.

Members of Golden Dawn called the move "unconstitutional" and abstained from voting, walking out of the chamber after the debate.

The measure says state aid is suspended "to a party where the leader... or a tenth of the elected members are under investigation for constituting or participating in a criminal organisaton".

The Greek parliament voted on cutting funds for Golden Dawn, which has 18 members in the legislature, after authorities began a crackdown on the far-right party following the killing of an anti-fascist musician by a party supporter last month.

The party has been linked to murders and numerous assaults, especially against immigrants and leftwing activists.