Here are the consequences of first government shutdown in 17 years 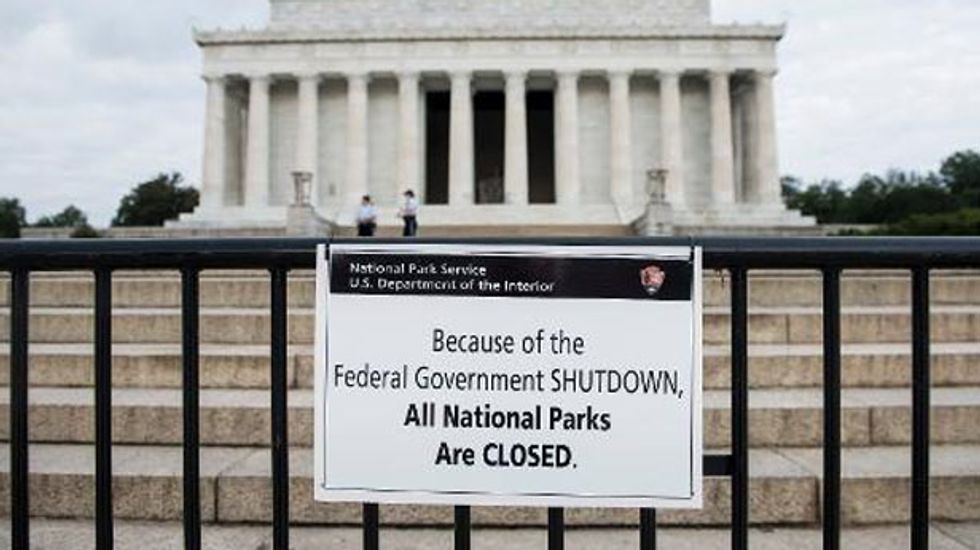 The US government shut down Tuesday for the first time in 17 years after a gridlocked Congress failed to reach a federal budget deal amid bitter brinkmanship.

Some 800,000 federal workers have been furloughed in a move reminiscent of two previous shutdowns -- for six days in November 1995 and 21 days from December that year into early 1996.

Here is a snapshot of what Washington looks like Tuesday:

WHITE HOUSE and CONGRESS: Facilities remain open, although both were expected to furlough some staff. Some US lawmakers, like Congresswoman Tulsi Gabbard of Hawaii, have pledged to stand in solidarity with constituents and return their salaries to the Treasury or donate them to charity in case of a shutdown.

PENTAGON: Military personnel remain on duty, although with possible delays in paycheck processing. More than half the Defense Department's 800,000 civilian employees were expected to be furloughed, and the Pentagon has warned of "hardships" for many workers.

NATIONAL SECURITY: Services remain operational, including US border patrol and airport screening. Personnel who are deemed to "protect life and property," such as emergency responders, on duty.

MEDICAL RESEARCH: The National Institutes of Health is not allowed to begin new clinical trials or see new patients.

MUSEUMS and PARKS: Smithsonian museums and all 368 sites in the National Park Service system -- including New York's iconic Statue of Liberty -- close.

NASA: Operations that support the International Space Station, currently home to six astronauts including two Americans, continue, but most of the US space agency's 18,000 employees are ordered to stay home without pay.

ENVIRONMENTAL PROTECTION AGENCY: The EPA has virtually no one monitoring air and water quality or enforcing oil pollution regulations.

POSTAL SERVICE: Since the US Postal Service has its own independent sources of funding, it remains open.

WASHINGTON: Congress holds exclusive jurisdiction over the capital. During the last shutdown, the city was the focus of embarrassment as it halted trash collection. Now, Mayor Vincent Gray has said he would declare all city employees "essential personnel" and use a contingency cash reserve fund to pay wages.

ECONOMY: Senate Majority Leader Harry Reid has said a shutdown would "shatter our economy." That may have been hyperbole, but the impact could be significant. According to Macroeconomic Advisers, the effect of a two-week shutdown on fourth-quarter GDP growth would be 0.3 percentage points.